UNI blasts Amazon for refusing to testify before EU Parliament 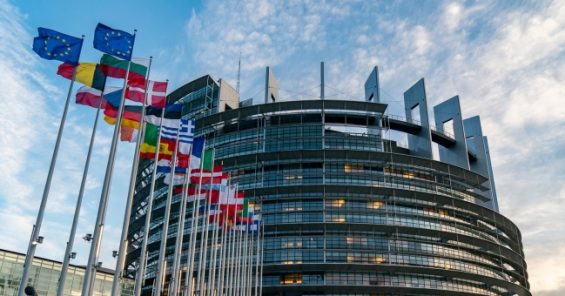 “Amazon had $44 billion in sales in Europe and paid no corporate taxes. The fact that they are failing to appear to answer questions from duly elected members of the European Parliament is a slap in the face to Europe and reflects Amazon’s general contempt for democracy,” said Christy Hoffman General Secretary of UNI Global Union.

The Committee on Employment and Social Affairs of the European Parliament is investigating the extent to which the retail group Amazon curtails fundamental rights and freedoms of employees, for example in connection with freedom of assembly and association, as well as the right to collective bargaining and measures.

Last month, following global worker unrest in Amazon warehouses and increased scrutiny over the U.S. tech giant’s treatment of workers, the European Parliament called on Amazon’s chief executive Jeff Bezos to testify before its Employment and Social Affairs Committee in a major investigation into one of the world’s largest technology companies. Amazon’s CEO declined the EU‘s invitation and no other Amazon representative will take part in the hearing.

The hearing aims to examine, and get a better understanding of, reports revealed in the media about Amazon potentially monitoring its workers as well as other business and workplace practices, which might be in breach of European labour, data and privacy laws. The hearing also aims to identify the impact of these alleged activities on the fundamental rights of assembly, association, collective bargaining and action.

“Amazon is attempting to impose its conflictual labour model on working people across Europe, said Oliver Roethig Regional Secretary of UNI Europa, the European Service Unions Federation part of UNI Global Union. “It is undermining people’s ability to negotiate collectively to have a say over the decisions that shape their working lives. Make no mistake: in doing so, this powerful corporation is taking direct aim at the European social model. EU policy-makers must send a clear message that this is a losing strategy. Instead, we must Europeanise Amazon. It is encouraging to see that the EU Parliament is taking action. If we are to protect dignity at work and tackle growing inequality, it is vital that they tame this extreme example of corporate greed.”

The May 27th hearing can be followed livestream here. The program can be found at: Hearings | Events | EMPL | Committees | European Parliament (europa.eu).