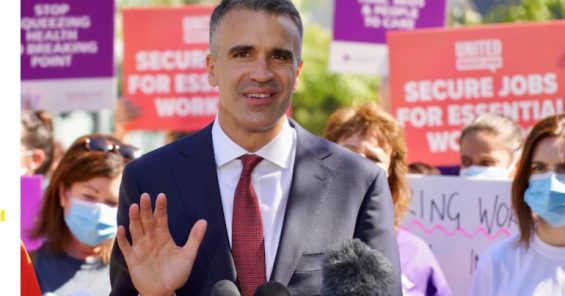 The Asia and Pacific Regional Organization of the UNI Global Union (UNI Apro) extends its warmest congratulations to Peter Malinauskas for steering the South Australian Labor Party to victory in the recent South Australia state election.

UNI Apro compliments the suite of industrial relations policies raised in the election, including the criminalisation of wage theft, the introduction of industrial manslaughter, the commitment to tighten rules around sham contracting, and improving nurse-to-patient ratios. These are issues that profoundly affect workers’ day-to-day lives, which received a resounding endorsement from the electorate.

UNI Apro also applauds Peter’s longstanding commitment to a tripartite social dialogue approach between business, government, and unions to work collaboratively to find a balance that benefits each party and, most importantly, the people of South Australia. UNI Apro believes this approach will hold the Malinauskas government in good stead to increase the state’s economic competitiveness and improve the lives of working people.

UNI Apro Regional Secretary Rajendra Acharya praised the conciliatory approach taken by Peter Malinauskas, who in his victory speech acknowledged the Liberal Party of Australia as adversaries but not enemies.

“This peacemaking approach and the commitment to pursue constructive tripartite relations, vital to ensuring the preservation of democracy in an increasingly polarised world, I believe is an excellent example for governments, businesses, and unions across the Asia Pacific region,” said Acharya.

Before entering politics, Peter was the leader of the South Australian Branch of UNI Global Union affiliated Shop, Distributive and Allied Employees Association (SDA). One of his most laudable successes in this role was a campaign to create a part-day public holiday on Christmas and New Year’s Eve. Peter was first elected as a Member of Croydon in 2018 and soon after made the Labor Leader of the state. 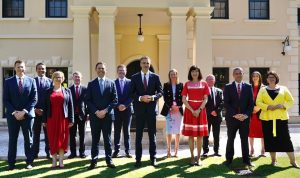