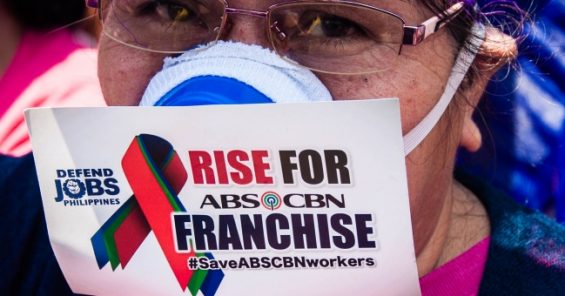 The refusal to renew the license granted to the network has arbitrarily deprived the livelihoods of more than 11,000 regular employees, and thousands more associated contract workers, artists and talents, and owners of micro- and small-businesses dependent on the operation of ABS-CBN. This is an abhorrent act by any standards during a global recession brought on by the worldwide pandemic.

UNI Apro MEI President Masatoshi Nakamura conveys his concern for the affected workers. He said, “Our first thoughts are with the thousands of affected media workers and their immediate families. I appreciate UNI PLC and NABU for standing up very strongly for and with the media workers during this trying times.”

The network’s license last granted in 1995 by an Act of the Philippine Congress expired on May 4, 2020. Immediately upon expiration of the license, the country’s regulatory body, the National Telecommunications Commission (NTC), ordered ABS-CBN to cease broadcasting. Such a move was widely perceived to be an act of political revenge by President Duterte who had threatened previously to end the network’s license for failing to provide favourable media coverage on his Presidential campaign.

Underscoring the threat against press freedom, UNI Apro Regional Secretary, Rajendra Acharya says, “The forced closure of ABS-CBN, which survived the Marcos’s martial law regime, and served the Philippines public for decades is a step backwards and black mark for press freedom in the Philippines.”

Christy Hoffman, UNI General Secretary, said, “This closure is the latest example of the government’s continuos assault on human rights—including freedom of the press and freedom of association. The loss of an independent, credible media network could not come at a worse time and only undermines the country’s public communication efforts to combat the pandemic. We stand with ABS-CBN workers, and we join UNI PLC’s call for the government to restore ABS-CBN’s license.”