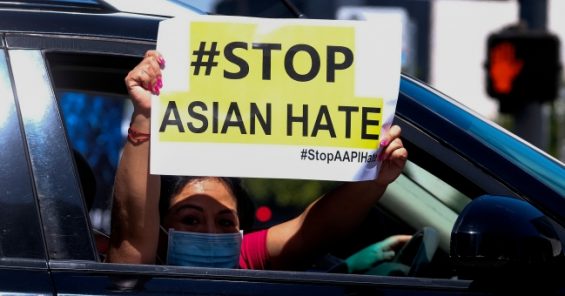 UNI Global Union condemns in strongest possible terms the racist, misogynistic murder of six Asian-American women in Atlanta last week, which is part of an alarming rise in anti-Asian hate crime around the world.

During the pandemic, world leaders have played up racist anti-Chinese tropes that have infected our public discourse and led to surge in anti-Asian violence.

In the United States alone, there have been almost 3,800 reported hate incidents against Asian-Americans in the past year, mostly against women. Asian diasporic communities—like those in countries across Europe and in Australia—also report a rise in attacks from members of the public, citing racial slurs, verbal abuse and physical violence so grave it has led to hospitalizations and deaths.

“UNI Global Union is appalled by the murders of eight people in Atlanta, including six Asian and Asian-American women. Make no mistake, this was a hate crime. These women were targeted because they were Asian and because they were women. These murders are symptomatic of a tragic intersection between misogyny and racism fuelled by hateful rhetoric from figures like Donald Trump. The attacks have increased the already high level of fear among many of our Asian members and as unions we will double-down our efforts to end discrimination and racism against Asian communities wherever it occurs.

“We must also demand better protections for immigrant workers, especially in low-paid jobs without social protections, where women are particularly vulnerable to violence and harassment at work. We must expose and eliminate the accumulation of indignities and injustices that lead to tragedies like what happened last week.”

“These women workers not only had to leave their home to do their jobs, with all the risks that that entails during a pandemic, but also go to work with the threat of being the target of hate. Now more than ever, we have a responsibility as trade unions to raise our voices and speak out. What happened in Atlanta last week is part of a long history of hate and discrimination.  We need to create a world where it is safe to be who you are no matter your gender, your race, your religion or your sexual orientation.”

UNI Global Union condemns all forms of discrimination and violence on the grounds of race, gender, religion, nationality, sexual orientation and stands in solidarity with the families of the victims of these heinous acts.