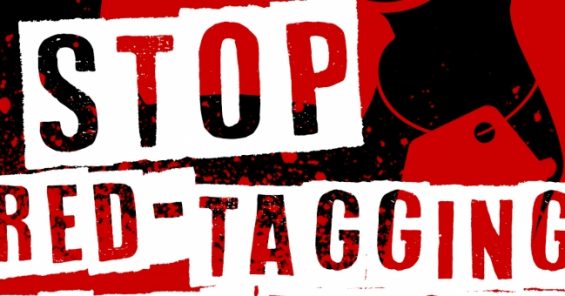 The BPO Industry Employees Network (BIEN) in the Philippines has been a tireless voice for call centre workers in that country, but right now, the organization’s leaders are under attack and their lives, in danger.

Extremist groups have “red-tagged” the peaceful, workers’ rights activists—labelling them as communist enemies of the state. Under the Philippine draconian Anti-Terrorism Law, red-tagging puts civil society leaders in danger of detention without charge, under surveillance, and causes the freezing of bank accounts and other assets, even when the claims are without basis.

Previously, one BIEN leader was unjustly detained after her house was raided. Other labour advocates have been murdered. BIEN’s offices are currently under surveillance, and their executive board is forced to go into hiding.

“UNI has worked closely with BIEN to expose some of worst abuses of human rights in the Philippines’ massive call centre industry. We know the organization is committed to social justice and a fair economy for all, and so we are outraged that extremists are targeting BIEN leaders because of their dedication to workers’ rights. The red-tagging against BIEN must stop.

“The Philippine government must take action so these threats are not met with impunity. But also the powerful call centre employers should loudly and publicly denounce this red-tagging. The stakes are too high to remain silent. It is literally a matter of life and death.”

As part of the Council of Global Unions, UNI has denounced red-tagging in the past. The recent threats against BIEN make the council’s demands on the Philippine government even more urgent: