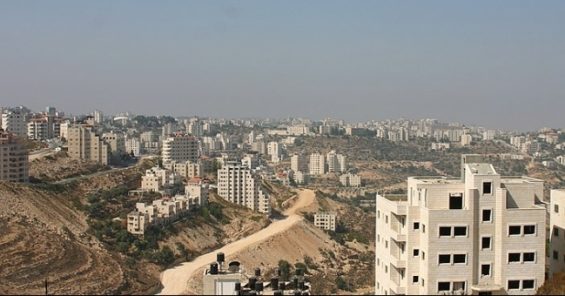 UNI Global Union and the International Trade Union Confederation (ITUC), two of the world’s largest labour organizations, are calling upon Norway’s Government Pension Fund Global, or the Fund, to change its guidelines to declare that companies operating in the illegal settlements in Occupied Palestine do not meet the Fund’s ethical requirements—including 28 companies currently in the Fund’s portfolio.

The letter, signed by UNI General Secretary Christy Hoffman and ITUC General Secretary Sharan Burrow and submitted today to the Fund’s ethical guidelines review committee, comes on the heels the latest UN Human Rights Office report on business activity in illegal settlements and after the UN listed a database of 112 companies operating in Occupied Palestine.

The global unions also endorse the recommendations provided by the Norwegian People’s Aid and the Norwegian Union of Municipal and General Employees, which call for the Fund to adapt its ethical guidelines to ensure its investments do not support practices illegal under international law or contributing to human rights violations.

“Investing in companies that benefit from the illegal confiscation, occupation, and settlement of Palestinian land is inconsistent with the high ethical standards that Norway’s Government Pension Fund Global aspires to adhere to,” said Christy Hoffman. “The Fund’s practices should align with the global consensus in support of the search for peace between Israel and Palestine.”

The ITUC welcomed the release of a United Nations database of 112 companies operating in illegal Israeli settlements on Palestinian land. Scores of settlements have been set up in Palestine in flagrant defiance of international law, and businesses operating inside them are essential to their continued existence.

“The release of this information is an important step towards due diligence on businesses that are sustaining illegal activities on Palestinian land. These companies are culpable for sustaining serious violations of human rights and have been acting with impunity. They need to end their illegal presence, and the Palestinian Authority should be paid the tens of millions of dollars of tax it is owed but has not received. Now that the database is public, trade unions around the world will be pressing for action,” said ITUC General Secretary Sharan Burrow.

With over US$1 trillion in assets, including 1.4% of global stocks and shares, Norway’s Government Pension Fund Global is the world’s largest sovereign wealth fund and sets the example for many others in the world of “social responsible investment.” The Fund is managed by Norges Bank and operates under the Ethical Guidelines for observation and exclusion recommended by the Council on Ethics.

UNI Global Union has frequently engaged with Norges Bank in connection with human rights policy as applied to its portfolio companies.  At UNI’s last two World Congresses, the organization adopted resolutions committing UNI and its member unions to the cause of peace and justice between Israel and Palestine. The resolutions specifically highlight the need to end all economic support for the illegal settlements in line with UN Security Council Resolution 2334 of 2016.

UNI Global Union represents more than 20 million workers from over 150 different countries in the service sectors. UNI’s mission is to build power for working people through strong unions and effective collective bargaining and to change the rules of globalization to ensure social justice and respect for human rights.

The International Trade Union Confederation (ITUC) is the global voice of the world’s working people, representing 200 million workers in 163 countries and territories with 332 national affiliates. The ITUC’s primary mission is the promotion and defence of workers’ rights and interests, through international cooperation between trade unions, global campaigning and advocacy within the major global institutions.