UNI GS: Freedom of association must be elevated to strengthen business and human rights 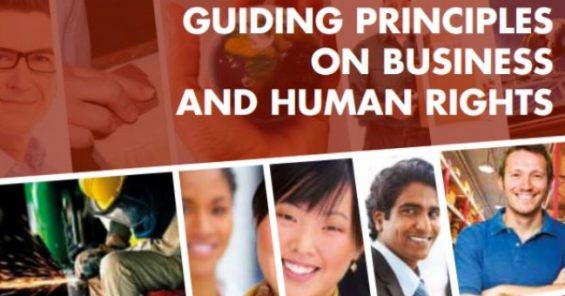 During this year’s United Nations Forum on Business and Human Rights, UNI General Secretary Christy Hoffman made the case that, although  the UN Guiding Principles have shifted the conversations with employers over the past decade, the voluntary framework still requires teeth in order to deliver real change. In addition, the right to freedom of association must be elevated in importance as an urgent priority.

“It is important to recognize that, during the first decade of the UN Guiding Principles, the respect for freedom of association in our industries has declined,” Hoffman told the UN forum. “Year on year, it is harder to create and build new unions and to win collective bargaining in countries outside of Western Europe.”

She gave examples of several recent dismissals and other forms of retaliation against union supporters who came together to improve unsafe conditions or win fair pay.

She stressed that there is a long way to go to ensure business respect for the rights of workers, and due diligence must become embedded into the practices of global companies. In this regard, “we believe that unions and global unions can and should play a critical role…We can be the ears and eyes of global companies or even provide a more formalized inspection function as part of the identification of risks.   We know how to reduce the likelihood that risks will become problems.  A simple step like joint labor management training of managers can be enough to change the game for workers.”

“Labour rights are enabling rights,” said Burrow. “We need a new social contract because our traditional labour model is broken. We need mandatory due diligence.”

UNI has long called for mandatory due diligence and is supporting a ballot initiative in its home country Switzerland that would legally require multinationals operating there to respect human rights and the environment throughout their  operations and supply chain.