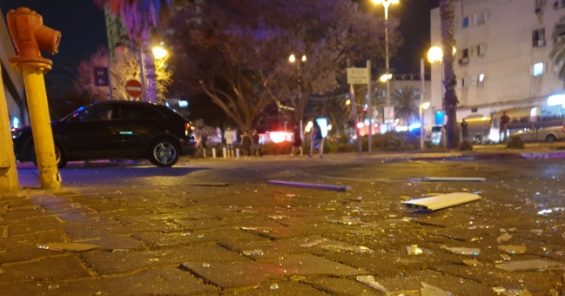 As bloodshed continues to escalate in Israel and Palestine, UNI Global Union is joining the ITUC in calling for an end to the current round of violence and for international intervention to address injustices stemming from the Israeli occupation.

As of 12 May, dozens have been killed—including at least 14 Palestinian children—and hundreds injured. Despite ongoing mediation by Egypt, a ceasefire looks unlikely.

This violence—the worst in the region since 2014—began in Jerusalem, where hundreds of Palestinians were injured in demonstrations against forced evictions of Palestinian families by the Israeli authorities so that their houses could be handed over to Israeli settlers.

If carried out, the evictions would constitute a gross violation of Israel’s obligations under international law and uproot families from their long-time homes.

“There will be no peace until there is justice, and the state compelled removal of decades-long residents is just another reminder of the injustices Palestinians face on a daily basis,” said UNI Global Union General Secretary Christy Hoffman. “This escalating violence is deplorable and should stop, but for true, permanent peace, the illegal occupation must end.”

Sharan Burrow, ITUC General Secretary, said: “We utterly condemn the violence and in particular the loss of life in all cases. It is also heart-breaking to see Palestinian families facing being thrown out of their homes to make way for Israeli settlers. Yet again, the unjust and illegal occupation of Palestinian lands, and the perpetuation of the occupation of Palestine by Israel, are the root cause.”

UNI and the ITUC are calling for full implementation of the relevant UN Security Council Resolutions aimed at ending the occupation.