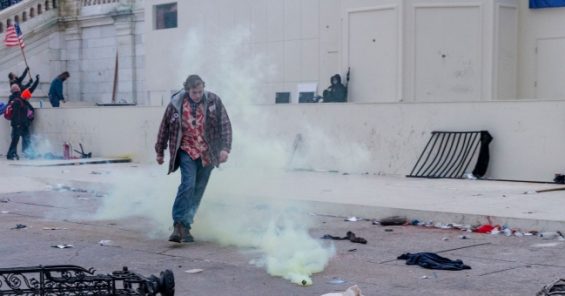 The dust has settled; the tear gas, cleared; and Joe Biden has lawfully been certified U.S. President. However, the disgraceful attempt by right-wing extremists and white supremacists to subvert U.S. democracy has stunned the world, and action must be taken to prevent a further erosion of global democratic norms.

UNI Global Union joins its U.S. affiliates in denouncing this shameful attack on the Capitol building.

“On Wednesday, people around the world watched in horror as the U.S. Capitol was under siege by a rabid mob of right-wing terrorists, many of them armed.  They were incited to violence by President Trump, who has fanned the flames of hate and white supremacy for his entire presidency. The inadequate security forces were easily overcome, in stark contrast to the militarized response against Black Lives Matter protestors last summer. This was an outrageous assault on democracy and a reminder that it is urgent to strengthen democratic institutions and begin transformative change in the United States and beyond,” said UNI General Secretary Christy Hoffman.

The ransacking of the Capitol was an effort to silence the votes of tens of millions of Black, brown, white, Asian Pacific Islander, and Indigenous voters, said SEIU President Mary Kay Henry. In a powerful statement, she declared:

This insurrection is about wielding power to threaten what we hold dear — the chance for families of every race to thrive, to have good jobs and healthcare, for our kids to be safe and have clean air to breathe. It will not stand. In the labour movement, we have learned the lessons of division and hate — it has cost every American worker and our families. No more.

As we reckon with this attack, we must not be deterred from demanding the transformative change this country so clearly needs.

Communication Workers of America President Chris Sheldon noted the rioters’ message of “Murder the Media” and their embrace of racist imagery.  He delivered a call-to-action:

Along with the free press, free, democratic labour unions like ours are targets of fascists who fear the power of workers united in common cause. We must remain committed to the fight to strengthen our democracy and resist white supremacy and fascism. We must continue the process we began last spring to deepen our efforts to dismantle racism, including racism within our union. Together we will build power for all working people.

Both Henry and Shelton—as well as a growing number of elected officials—are calling for an immediate removal of Trump from office.

President Richard Trumka, of the AFL-CIO, the U.S.’s largest federation of unions, called the raid “an effort to violate the constitutional rights of every law-abiding American and the labour movement will not stand for it. Not today. Not ever.”

In a statement condemning the attack, Spanish union confederation Comisiones Obreras noted that President-Elect Biden was voted into office, in-part, because of his pledges to expand social protections for working people—a task that is now complicated by the need to restore basic democratic norms.