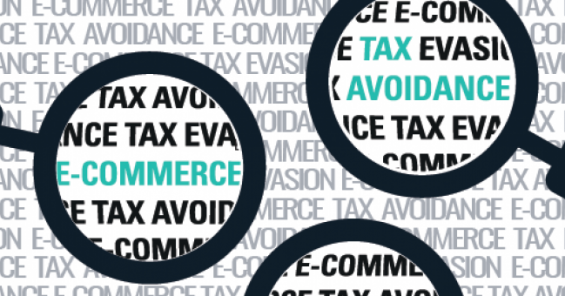 The report, entitled ‘E-commerce Taxation and its Implications for States, Workers and Trade Unions’ was commissioned by UNI’s commerce sector and supported by FES. It shows that while the Covid-19 pandemic has given a huge boost to online retail sales, e-commerce companies such as Amazon are still able to avoid paying their fair share of tax mostly by shifting profits to various tax havens around the world.

With online sales expected to reach a quarter of all retail sales by the middle of this decade, the study reveals that e-commerce expansion is in part funded by tax avoidance. Furthermore, governments are unable to tax their ballooning profits at the same time as the Covid crisis has led to a huge increase in public spending. Globally the impact of income tax avoidance by multinational companies, in which Big Tech companies feature highly, is estimated at around one tenth of total tax revenues. In some countries it can go as high as one fifth.

The report found that tax avoidance by e-commerce companies takes many forms, for example by failing to pay taxes on payroll. By using ‘independent’ contractors instead of employing staff directly, e-commerce companies can save as much as 30 per cent of their payroll expenditure, threatening the financing of social security and public services such as healthcare and education, while harming the livelihoods of workers.

The environmental impact of e-commerce should also be given more attention, the study argues. Ever-shorter delivery times and packaging of individual items can be highly damaging to the environment and this should be included in any discussion on the real social cost of e-commerce.

The study looks at initiatives attempting to make e-commerce companies pay taxes in line with their revenues or profits, such as the global tax deal on minimum rate of corporate tax of 15 per cent – lower than the 25 per cent demanded by trade unions.

“This comprehensive report shows that unions must push for a radical overhaul of global taxation systems to prevent greedy e-commerce companies from exploiting legal loopholes and evading their fair share of tax. As we face a dual crisis of the Covid pandemic and climate change, it cannot be right that companies which are profiting massively from an ecommerce boom, are shirking their responsibilities towards workers, the environment and society as a whole.”