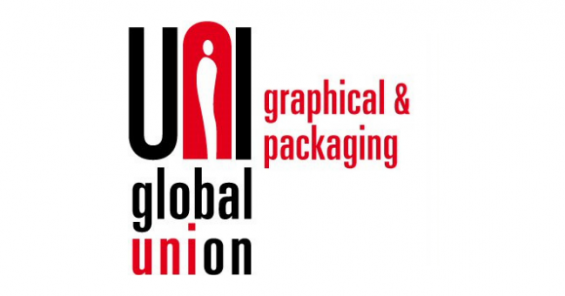 This week, UNI Graphical and Packaging and UNI Americas expressed their firm opposition to the decision taken by Graphic company Thomas Greg & Sons de Colombia to dismiss 25 workers. The decision was made by the company using the excuse of Covid-19, even though the company continued to work during the pandemic, especially on large contracts with the Colombian government.

The vast majority of those who lost their jobs were women who had worked for the company for over 30 years, and UNI affiliate SINTRAPULCAR and UNI Americas has called for the government to investigate the company’s violation of Colombian labour law.

Head of UNI Graphical and Packaging Nicola Konstantinou said, “We are in complete support with our Colombian affiliate SINTRAPULCAR in their strong opposition to the company’s dismissals of workers who have worked so many years for the company.”

“Especially during a time of crisis, when employees worked through a global pandemic to keep the company going, Thomas and Greg should respect their workers’ rights to dignity and decency. We demand that the Colombian government investigate these violations of labour rights and stand firmly with the dismissed workers.”

Not only did workers continue to work during the pandemic, but the company received subsidies from the government in order to help protect jobs in a time of crisis. Due to its economic muscle, the company has been able to take advantage of measures designed to keep workers in a job, all at the same time as dismissing long-standing employees.

UNI Graphical and Packaging, along with its Colombian affiliate SINTRAPULCAR will continue to fight to make sure these workers get the justice they deserve.