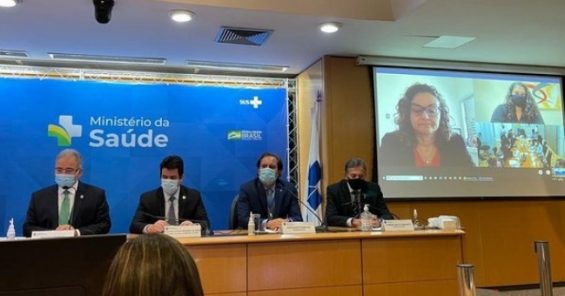 Bank workers will be included as a priority population in the National Immunization Plan against COVID-19 in Brazil. The announcement was made by the Minister of Health, Marcelo Queiroga, in a virtual meeting with the Comando Bancario Nacional earlier this week.

“This is excellent news. We have just come out of a meeting with the Minister who informed us that the Ministry has agreed to our request to include bank workers in the national immunization plan,” said Juvandia Moreira, President of CONTRAF-Brazil.

“This is a great victory for the bankers’ unions and federation, we have been fighting for a long time to be included. Our struggle continues. Long live the bank workers,” she concluded.

To begin implementing the plan, doses will be sent next week to federal states and municipalities throughout Brazil. Several banking unions in Brazil led the #VacinaJA campaign demanding that they be given priority, because they had been considered essential workers since the pandemic’s start. In many cases, these workers were essential in getting emergency payments to the neediest population.

UNI Americas celebrates this major win for bank workers, which comes after much struggle. It shows, once again, that trade unions continue to make a difference in this health crisis.