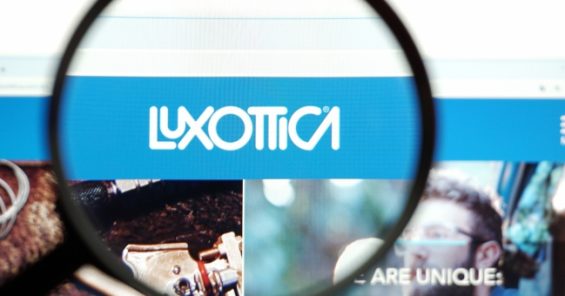 (Washington/Geneva) – National and international labour groups today filed a complaint under the Organization for Economic Cooperation and Development’s Guidelines for Multinational Enterprises alleging severe violations of workers’ freedom of association rights at the Luxottica manufacturing and distribution center in McDonough, Georgia.

The Communications Workers of American (CWA), joined by the AFL-CIO and two Geneva-based global unions, say that Luxottica plant managers in Georgia have unleashed an aggressive, fear-inducing campaign to thwart workers’ organizing rights, and that global management in Paris and Milan have failed to exercise due diligence to ensure compliance with OECD Guidelines. Those guidelines require multinational firms not to interfere with workers’ organizing rights, according to standards of the International Labour Organization. Instead, they call for “a positive approach towards trade unions and an open attitude towards organizational activities of workers.”

The unions’ complaint cites management’s use of company-issued app called “LiveSafe.” It was meant to inform workers on Covid-19 issues in the workplace, but instead management uses it to send anti-union broadsides about purported “risks” of union organizing, including that workers might lose pay and benefits if they succeed in forming a union. In addition to the app, management has created an anti-union website vilifying unions and suggesting dire consequences if workers sign a union card or choose representation. The company also has hired anti-union consultants and required workers to attend mandatory, union-bashing “captive-audience” meetings with no opportunity for response by union supporters.

The Paris-based OECD is a policy coordinating body for advanced industrial democracies and key trading partners. The OECD Guidelines aim to promote ethical behavior by multinational corporations in their foreign operations. Each OECD country maintains a National Contact Point (NCP) to serve as a forum for confidential mediation and conciliation in disputes over the Guidelines.

With the organizing efforts in Georgia and corporate headquarters in Paris and Milan, the labour group is filing their complaint simultaneously with the National Contact Points of the United States, France, and Italy. The latter two venues are important because OECD Guidelines require due diligence by global “home country” headquarters to ensure responsible business conduct in “host country” locations. The three NCPs will coordinate their handling of the case. The OECD Guidelines are a “soft law” mechanism and NCPs are administrative bodies, not courts. They do not impose sanctions for violations, but rather sponsor mediation and conciliation that can lead to resolution of the dispute.

“I have been an employee at Luxottica for 4 years, I am proud to work hard at my job every day,” said Lisa Ragsdale, a worker at Luxottica in McDonough, Georgia.  “My co-workers and I are fighting to form a union so we can have a voice on the job. We are coming together to fight for respect, safe working conditions and fair wages. We want to join with our sisters and brothers at Luxottica in Italy, who already have a union.  We believe Luxottica should support a union for its workers, whether they are in Italy, or in the U.S.”

“We’re turning an international spotlight on Luxottica’s interference with workers’ organizing rights in Georgia,” said CWA President Chris Shelton. “Luxottica workers in Italy have long been represented by trade unions, who have a positive, mutually respectful and productive relationship with Italian management. We want to ensure that Luxottica workers in the United States are treated with the same respect,” he said.

AFL-CIO President Richard Trumka said, “What’s going on at the Georgia plant – the fear-mongering and the ratcheting up of pressure on workers – confirms the need for the Protecting the Right to Organize (PRO) Act now before Congress. In the meantime, workers and our unions will use every available mechanism, including the OECD Guidelines and ILO standards, to hold companies accountable for violations of international standards on freedom of association.”

IndustriALL Global Union is the Geneva-based global union federation for the manufacturing sector worldwide, representing more than 50 million workers in 140 countries, including thousands of EssilorLuxottica workers. General Secretary Valter Sanches said, “Unions affiliated with IndustriALL enjoy good-faith collective bargaining relationships with EssilorLuxottica management around the world. The U.S. should not be an exception. We are calling on European headquarters management to exercise due diligence to bring their American management into compliance with OECD Guidelines and ILO standards.”

UNI Global Union is the global federation in retail, finance, communications, and other service sectors in the global economy. UNI-affiliated unions represent more than 20 million workers in 150 countries, including thousands of EssilorLuxottica retail workers worldwide. General Secretary Christy Hoffman said, “Having been an American union organizer for many years, I know how the aggressive, fear-promoting anti-union campaign by Luxottica’s U.S. management frustrates employees’ organizing rights. We hope that mediation under the OECD Guidelines and their ‘positive approach’ toward union organizing can restore respect for workers’ freedom of association in McDonough.  With the potential acquisition of the Dutch retailer GrandVision, the company is set to expand its footprint in the industry—making it even more important that it respects human rights throughout its operations.”

OECD Guidelines call for NCPs to decide within three months whether to accept the case for review and sponsor mediation of the dispute, after giving workers, unions, companies and investors an opportunity to submit their views. “We hope that a mediation sponsored by the NCPs can align U.S. management policy with Luxottica’s home-based policy of bargaining with unions on a mutually respectful basis,” said Carl Kennebrew, president of IUE-CWA, the union’s manufacturing division, who is overseeing the organizing effort at the McDonough, Georgia facility.