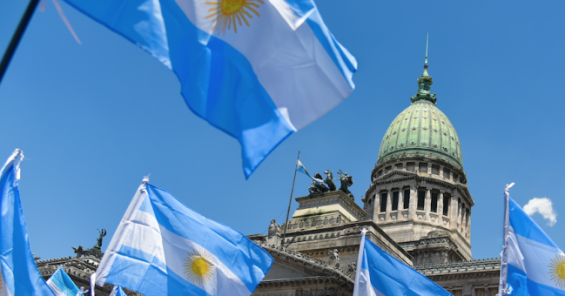 Argentina has taken a fundamental step on the road to recovery of its economic sovereignty by renegotiating a huge portion of its overseas debt – saving the country around US$30 billion dollars.

Alberto Fernández’s government has struck a deal with a consortium of creditors, including BlackRock – the world’s largest asset manager – to restructure US$65 billion of foreign bonds.

The agreement also reduces the average interest rate on repayments from 7 per cent to 3 per cent.

“This breakthrough agreement with BlackRock and other creditors is a great achievement for Argentina and will go some way to redress the country’s inhumane levels of foreign debt. For far too long, the Argentinian economy has been crippled by overseas loans that have resulted in misery for many. This offers hope for Argentina, particularly as the country struggles with the economic impact of Covid-19,” says UNI General Secretary, Christy Hoffman.

The debt was incurred by Mauricio Macri’s conservative government, which lost power in December 2019. It was neither used to boost manufacturing, invest in science and technology, nor develop infrastructure. Instead, the money simply disappeared, having been lost through speculation, and leading to a rise in social inequality and economic hardship.

Now, the government’s priority – with the support of the unions – is to lift all Argentinian people out of poverty, which has particularly impacted children and adolescents.

Unions in Argentina have long called for restructuring of the country’s debilitating levels of foreign debt, which have been a major obstacle to economic recovery. UNI President, Ruben Cortina, who is from Argentina, said:

“The agreement for the debt renegotiation will have a profound political, economic and social impact. Not only does it ease economic uncertainty, it also opens the door to economic and social reconstruction in the next post-pandemic stage. It shows it is possible to renegotiate debt, while protecting the interests of the nation and its people, and complying with international commitments.”

The pandemic has exposed and increased social inequalities across the world. In Argentina, the Covid-19 crisis broke out after four years of a government that tore the State apart, promoted self-employed individualism and led to the biggest gap between rich and poor in Argentinian history.

Unions say with this deal, the new government is putting the most vulnerable people first, marking the start of a country project aimed at increasing development, involving workers and the State.