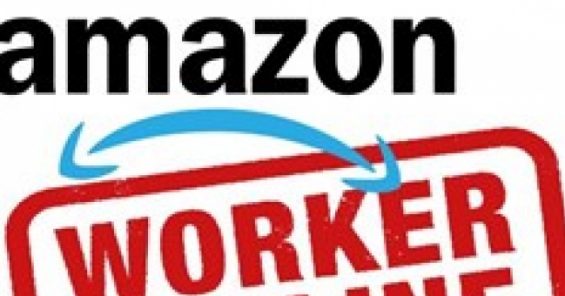 Unite the Union, the largest trade union in the UK, has written to Jeff Bezos calling on him to sign a “neutrality declaration” and guarantee that Amazon workers in the UK and Ireland have the freedom form a union without fear.

In the letter to Jeff Bezos, Unite executive officer, Sharon Graham wrote: “Although we do have members in Amazon, workers in your company are not currently free to join a union without fear and without obstruction and propaganda being deployed against them.

“Your workers have serious concerns about issues such as bullying, mandatory overtime, intense surveillance, break-neck production targets and much more besides. Amazon workers need an independent voice to stand up against injustices in the workplace.”

The union says a failure to back its neutrality declaration would fly in the face of Bezos’ claims to “do a better job” for Amazon employees particularly given that freedom of association is a fundamental human right.

In a recent letter to shareholders, Jeff Bezos said Amazon needs to “do a better job” for its employees and claimed that Amazon would be “Earth’s best employer and Earth’s safest place to work.” But the company has been beset with allegations of poor working conditions and anti-trade union practices.

“If Jeff Bezos really believes that Amazon needs to do better by its workers, he should immediately halt all union busting activity at his warehouses and sign Unite’s pledge today.” It’s clear that Amazon’s system of labor-relations is broke, and without real worker input through collective bargaining, it cannot be fixed,” said Christy Hoffman, General Secretary of UNI Global Union. “From Bessemer, Alabama to the UK and Ireland workers will not give up the fight for dignity and respect.”

A failure to back Unite’s neutrality declaration would fly in the face of Bezos’ claims to “do a better job” for its employees particularly given that freedom of association is a cornerstone of basic workplace rights. It would also fly in the face of Amazon’s own Global Human Rights Principles that claim to “respect and support the Core Conventions of the International Labour Organization (ILO), the ILO Declaration on Fundamental Principles and Rights at Work, and the UN Universal Declaration of Human Rights.”

In recent times, multiple personalities from the world of sports, entertainment and politics have supported Amazon workers´right to form union. In a video tweeted in late February is support of the Amazon workers organizing at Amazon in Bessemer, Alabama, U.S. President Joe Biden paid homage to unions and warned employers that there should be “no intimidation, no coercion, no threats” when workers exercise their collective bargaining rights.

Unite launched a confidential whistle-blowing hotline in March. Amazon workers can expose poor treatment free from reprisals by calling 08000 14 14 61 in the UK or 1800 851 268 for the Republic of Ireland or visiting actiononamazon.org/hotline

The hotline is part of the campaign ‘Action on Amazon’ that is demanding a ‘new deal’ for Amazon workers, including a union and a greater share of the firm’s enormous profits.