“We stand by athletes who stand up for human rights”: World Players Association 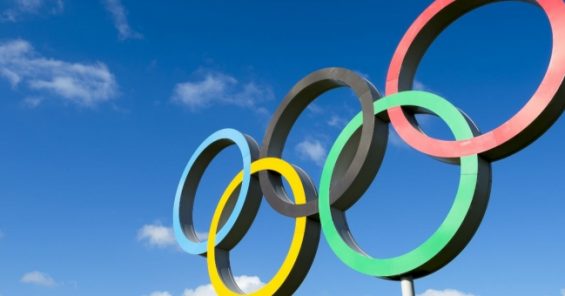 The World Players Association and its affiliates reiterate complete support for athletes who stand up for human rights and promote social justice positive societal change at the Olympics, including through peaceful protest on the field of play, podium or wherever else they may choose.

The comments follow the finalisation of the International Olympic Committee’s (IOC) review of rule 50 of the Olympic Charter (OC) earlier this week which recommended further codifying restrictions on an athlete’s internationally recognised human right to freedom of expression.

“FIFPRO stands with all footballers who may choose to peacefully express their views and be part of a wider movement for positive social change at the Olympics. We will work with our members and the global player association movement to ensure they’re properly protected and supported. The IOC’s solitary approach falls well behind that of the football community and should not provide any reason to hold us back.”

A global wave of athlete activism has been instrumental in inspiring and advancing systemic change in, through and beyond sport in recent years in relation to #BlackLivesMatter, #MeToo, indigenous affairs and many other important issues. World Players and its affiliates salute the courageous and principled stance taken by these athletes.

Many athletes have chosen to exercise their internationally recognized human right to freedom of expression by taking a knee, raising a fist, or wearing a symbol to promote a cause, or address an injustice, that they care deeply, personally and passionately about.

“Our Players have, without hesitation or apology, expressed their individual and collective commitment to securing justice for all in their communities – both domestically and globally.  While we regret the IOC’s decision to sanction those who choose to display their support for human rights, it will not deter our resolve or silence our voices.”

After a long history of sacrifice from athletes, athlete voice is now being embraced even in previously reluctant corners making the IOC’s review of rule 50, an outlier in global sport. The review is in stark contrast to policies and decisions from sports bodies including the CGF, FIFA, UEFA, World Athletics, NBA, WNBA, MLB, NHL, NFL, AFL, EPL and others.

World Players had written to the IOC to address a number of fundamental concerns for the outcomes of the review to have any legitimacy. A reply was only received on the day the recommendations were released. Concerns identified included:

1. That the survey and methodology relied upon were fundamentally flawed and a risk to vulnerable athletes who have the courage to exercise their right to freedom of expression in difficult and, often, perilous circumstances.  Human rights are not a popularity contest and should not be adapted to suit a ‘majority’ view. This in particular risks further marginalising those athletes, often in the minority, who have experienced adverse human rights impacts.

2. The review was not aligned with respect for internationally recognized human rights. In particular, the recommendations contained in the Human Rights Report commissioned by the IOC and prepared by eminently qualified experts Prince Zeid Ra’ad Al Hussein (a former United Nations High Commissioner for Human Rights) and Shift Vice President, Rachel Davis

The Human Rights Report required four key steps from the IOC which the rule 50 review needed to be holistically aligned with. These were:

1. The IOC recognizes its responsibility to respect internationally recognized human rights, including of the athletes.

2. The IOC undertakes ongoing due diligence to proactively identify possible human rights harms, and to act proactively to ensure those rights can be enjoyed.

World Players and its affiliates will continue to offer support for athletes including through legal and all other available means. World Players remains committed to working with sport governing bodies, civil society and other stakeholders, including the Centre for Sport and Human Rights, to ensure that the internationally recognized human rights of athletes and all affected by the delivery of sport are fully respected, protected and promoted.