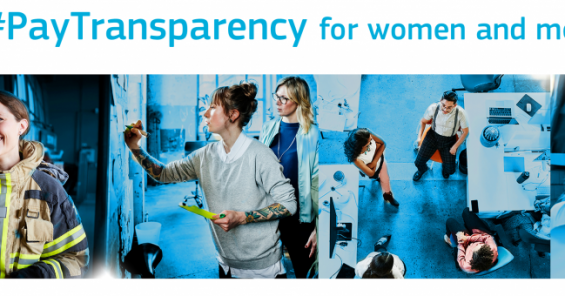 The European Commission’s directive proposal for binding pay transparency measures is an importnat step in the direct direction, but falls short of providing an effective tool to deliver equal pay for women and men for equal work.

Equal pay for equal work or work of equal value between women and men has been a right in the EU since 1957. Yet, in the EU, women earn less than men and the gender pay gap currently stands at 14.1%.

The European Commission proposed on 4 March 2021 pay transparency measures and a mechanism to enforce the right to equal pay better. The legislative proposal focuses on two core elements of equal pay: measures to ensure pay transparency for workers and employers as well as better access to justice for victims of pay discrimination. The proposed measures should increase awareness about pay conditions within the companies and give more tools to employers and workers to tackle pay discrimination at work. They should also address a number of factors contributing to the existing pay gap.

On the workers’ side, the actions proposed include: information about pay-level at job interview; no obligation to disclose previous pay history; information on average pay levels for the same work during employment; right to full compensation for gender pay discrimination, including recovery of back pay and legal fees; individual and collective claims on equal pay.

For enforcement of equal pay obligations, the Commission highlights the role of Equality bodies under EU law in matters of anti-discrimination and equality. It also recognises the important role of social partners in addressing gender pay inequalities.

While the proposal is a first and important step in the right direction, it falls short of ensuring equal pay. In a first reaction, the ETUC has underlined that the Commission proposal

The proposal of the European Commission will now go to the European Parliament and the Council for first reading. It is important that the proposal is improved to make its provisions more effective to ensure not only more pay transparency but also equal pay. Once adopted, Member States will have two years to transpose the Directive into national law. The Commission will carry out an evaluation of the proposed Directive after eight years.

The full Commission proposal and more information is available  on the Commission website.