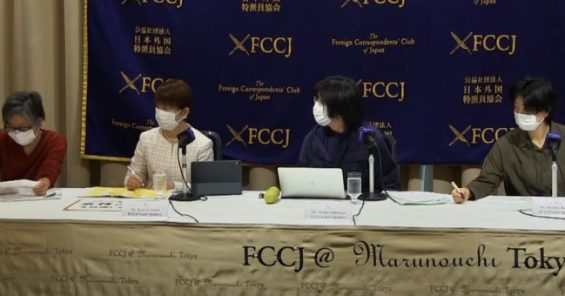 Yoshiro Mori’s resignation is showing the power of women’s voices in Japan. The Tokyo Organizing Committee of the Olympic & Paralympic Chair´s stepped down after his sexist remarks made global headline this week and forced many to think harder about gender-based discrimination in the Asian country.

Mori´s comments, and the backlash that followed, have also galvanized women in the Japanese media industry to demand opportunity for advancement and equality.

In a press conference this week, four union federations in Japan’s media sector spoke out about how the miniscule number of women in decision-making positions leads to gender-biased information, either deliberately or through an “unconscious bias.” Innovation and growth require a diverse range of people to share their knowledge and experiences, and currently, the union say, the country’s media does not have that diversity.

“It is a serious problem that there are so few women decision makers in media companies that produce content for the public, and these products have a great impact on public opinion which may be skewed by biases,” said Hanako Kishida, Deputy Chairperson, Minpo Roren Women’s Caucus.

The organizations submitted a set of demands to increase the ratio of female executives in the sectoral employers’ associations to 30% or more, establish a standing committee on gender equality and make gender equality in the industry one of the key agendas.

The union federations also filed requests with each of their respective industry bodies to proactively appoint women in executive positions by setting a quota system or a special framework to promote women’s presence and confront the alarming lack of progress in Japanese media.

Minpo Roren’s Kishida continued, “The four union federations have been preparing to submit the demands to their employers’ associations since last summer. And we filed demands during last December and this February. The sensational title of today’s press conference refers to Mr. Mori’s sexism comment, but our aim is not to criticize him.”

Rajendra Acharya, UNI APRO Regional Secretary, said “We are inspired by our sisters speaking and demanding their right to be in the decision-making levels of Japanese media. We stand with them in solidarity. We hope their voices will be heard, and their demands will prompt immediate action and change.”