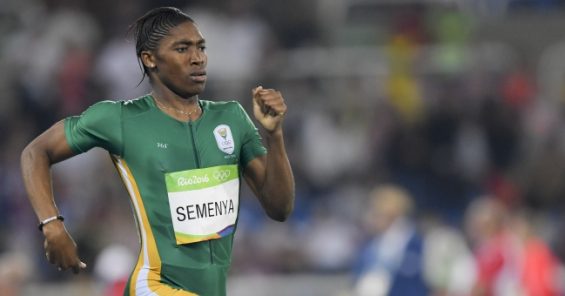 The World Players Association today applauded the courage of South African athlete Caster Semenya, who has failed in her two-year legal battle for the right to compete as the woman she is in events in which she is an Olympic and World Champion.

Semenya had challenged eligibility rules imposed in 2018 by World Athletics that deny her the right to compete unless she submits to highly significant and disputed medical interventions. She unsuccessfully challenged the regulations at the Court of Arbitration for Sport (CAS) in 2019 and her appeal to the Swiss Federal Tribunal (SFT) was dismissed on Tuesday.

Semenya’s legal defeat is yet another example of how the internationally recognized human rights of athletes are ignored by sports bodies by unilaterally adopting globally binding regulations which will be backed up by the stringent use of Swiss arbitration law.

“Caster’s legal defeat is not a victory for World Athletics, nor does it legitimize the CAS or global sport’s ‘system of justice’.

“Despite the World Athletics eligibility regulations being condemned as a violation of the human rights of athletes by authorities as eminent as the United Nations High Commissioner for Human Rights (UNHCHR) , Caster’s human rights could not be properly considered at any stage of the process. In the same report the UNHCHR has identified how sport’s justice system systemically denies athletes of their right to an effective remedy where their human rights have been violated.

“World Athletics flagrantly maintains that, as a private body, it has no responsibility to respect Caster’s internationally recognized human rights. It argued that her rights are to be primarily determined in accordance with the Constitution of World Athletics and the Olympic Charter of the International Olympic Committee (IOC), neither of which uphold the human rights of athletes.

“The CAS made it clear that it was restrained in its task due to the strict nature of arbitration. Similarly, under Swiss arbitration law, the grounds for the SFT to overturn an award of the CAS are very narrow and do not involve a full appreciation of the human rights of the athlete.

“Of further concern is the SFT’s statement in Caster’s case that ‘the [medical] examinations are carried out by qualified doctors and under no circumstances against the will of any female athletes.’ This shows that the SFT fails to grasp the enormous power imbalance between World Athletics and athletes given that any athlete who does not submit to the process is, in practical terms, obliged to forfeit their right to compete.

“As we are seeing throughout the world in sports such as football and gymnastics, if global sport’s power imbalance is not addressed then athletes are incredibly vulnerable to being victims of terrible harms and forms of abuse. That risk is even greater when internationally recognized human rights can be redefined to meet the demands of sports bodies.”

World Players is still reviewing the decision of the SFT and considering its full implications. However, it is already clear that some key reforms long advocated by World Players are urgently needed. They include:

1.         The IOC must embed the human rights of athletes within the Olympic Movement including expressly in the Olympic Charter. All sports bodies must do the same, including World Athletics

2.         Governments – which have a duty under international law to protect human rights – must hold sports bodies to account and ensure athletes can access an effective remedy. This includes the government of Switzerland

3.         The CAS is in dire need of substantive and procedural reform in respect of human rights and has yet to address key recommendations made by eminent human rights experts more than four years ago

4.         Athletes must be able to access state and civil courts, human rights tribunals and other mechanisms without fear of being banned from their sport or facing other threats.