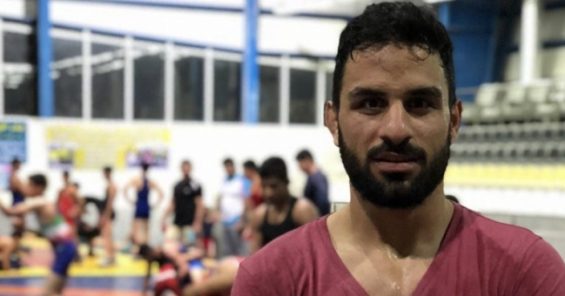 The World Players Association calls on the head of the Iranian judiciary to grant an immediate stay of execution to Iranian champion wrestler Navid Afkari, who faces the death penalty tomorrow.

Navid, 27, was sentenced to death twice after being tortured into making a false confession over the murder of a security officer during anti-government protests in 2018.

Navid was one of thousands of Iranian citizens who took part in spontaneous demonstrations that year against economic hardship and political repression in Iran.

However, he has been unjustly targeted by the Iranian authorities who want to make an example out of a popular, high-profile athlete and intimidate others who might dare exercise their human right to participate in a peaceful protest.

Athletes should never be used as political pawns by governments to terrorize and manipulate their citizens, and the entire sporting world should stand together in demanding that Iran overturns Navid’s death sentence, drops the charges and investigates the abuse inflicted on Navid while in custody of the police and the judicial system.

“Navid has been singled out, tortured and condemned to death because of his participation and success in sport. The horrific act of executing an athlete can only be regarded as a repudiation of the humanitarian values that underpin sport. It must result in Iran forfeiting its right to be a part of sport’s universal community.”

As Navid is due to be executed on 9 September, the Executive Board of the International Olympic Committee (IOC) is set to meet on the same day.

“It is imperative that the International Olympic Committee, as the ‘supreme authority’ of global sport, uses its leverage to demand that Iran abides by the IOC’s international standards on human rights and humanitarian values, or else risk the ability to remain part of the Olympic Movement. United World Wrestling and other sports federations, including FIFA, likewise have influence over Iran and therefore the obligation to defend Navid as well,” added Schwab.

Gigi Alford, Director of Sport and Human Rights for World Players Association and Coordinator of the Sport & Rights Alliance, said:

“Political interference by governments against athletes, such as Iran’s repeated targeting of high-profile athletes for exercising their human rights, must be treated as rogue state behaviour. Diplomacy behind the scenes is not enough. Athletes from all over the world are standing with Navid and calling on sports bodies and sponsors to join them in making it publicly clear that athlete activism is not a crime and a threat to any athlete anywhere is a threat to all athletes everywhere.”

Former professional footballer and Amnesty ambassador, Craig Foster, was a key actor in the 2019 global campaign that saved Bahraini footballer and asylum seeker Hakeem al-Araibi from unlawful return to Bahrain on false criminal charges. He said:

“Membership of the international sporting community must come with basic obligations. Torturing and putting to death an athlete for exercising their human rights is surely the most egregious transgression of the principles of sport, which are said to correspond with those of humanity. Iran should be immediately threatened with expulsion from international sport to send a clear message that an athlete’s social standing and community trust is not a political tool to be used or abused under any circumstances and that a basic requirement of participation in international sport is to uphold the human rights of all involved.”