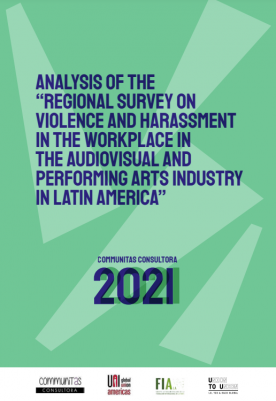 In July 2021, the regional groups of the Media, Entertainment and Arts sector of UNI Global Union (UNI Americas MEI/Panartes) and of the International Federation of Actors (FIA-LA) together with their affiliated organizations launched an online survey on violence and harassment in the workplace in the audiovisual and performing arts industries in Latin America.

This page shares the findings of the survey and the campaign material created on the basis of those results. Each union is invited to use it to spread awareness and initiate change at the national and regional level.

The final report and analysis of the “Survey on Violence and Harassment in the Workplace in the Audiovisual and Performing Arts Industry in Latin America” is available in Spanish, Portuguese and English:

In order to raise awareness of the current situation in Latin America, UNI MEI and FIA have created social media graphics for the campaign, in Spanish and Portuguese, which can be downloaded here. 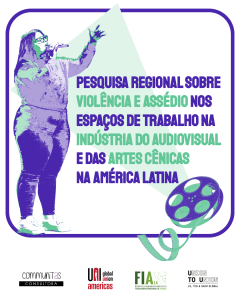 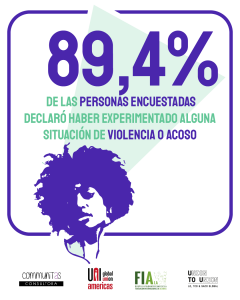 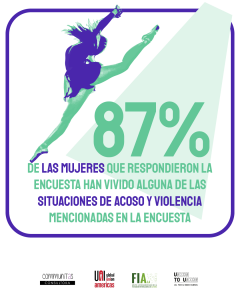 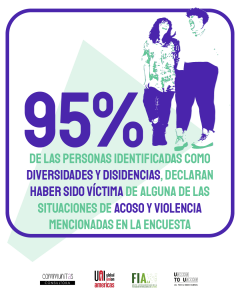 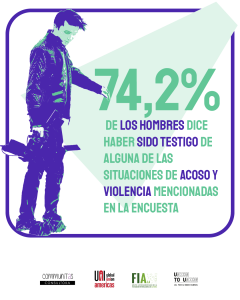 Videos in Spanish, Portuguese and English are available on YouTube here:

In order to support their AFFILIATES in taking action, both federations have created specific manuals. Each guide is intended to be a practical advocacy tool and a useful model for all unions in the sector wishing to develop their own strategy to combat sexual harassment at the national level.

The UNI MEI guide entitled “Preventing and Addressing Violence and Harassment in Film and TV Production” is available in Spanish, French and English.