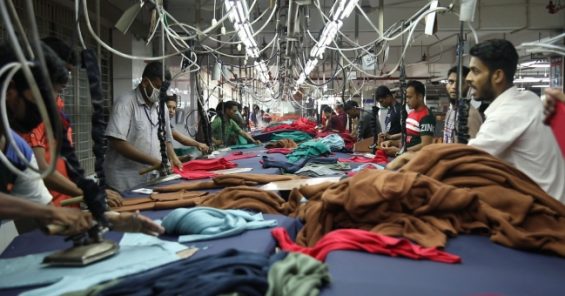 GENEVA—The Permanent Court of Arbitration (PCA) is announcing today that two landmark cases against multinational fashion brands brought under the Bangladesh Accord on Fire and Building Safety have been officially closed.  The tribunal hearing the case issued termination orders this week, and the cases were brought by global unions IndustriALL and UNI.

The brands have met all terms of the settlements, including paying more than US$2.3 million towards remediating unsafe conditions in Bangladesh ready-made garment factories. The Accord will distribute the money to eligible factories.

“These cases prove the Accord’s power to hold companies accountable and make work safer across the supply chain,” said Christy Hoffman, General Secretary of UNI Global Union. “Because of the legally-binding nature of the Accord, tens-of-thousands of potentially deadly hazards have been fixed and more than one million workers have been trained. That is why we will continue to rigorously enforce the Accord and continue to look at innovative, effective ways to resolve disputes with brands.”

The arbitrations were filed in July 2016 and October 2016 to bring recalcitrant brands into compliance with the terms of the Accord. The brands did not require the contracted factories to remedy hazards in a timely manner—leaving thousands of workers in dangerous conditions. The unions also charged that the brands did not ensure that contracted factories had the financial resources to fix ongoing safety issues.

The first brand reached a settlement in December 2017, and the second, in January 2018.

“Prior to the Accord, a settlement of this size and scope on supply chain worker safety was unthinkable,” said Jenny Holdcroft, Assistant General Secretary of IndustriALL Global Union. “The Accord has the power to fundamentally change the way garments and textiles are produced.”

Both settlements were made possible by pro bono representation provided to the two global unions by Marney Cheek and her team at Covington & Burling.

The Accord, which covered 2.5 million workers in Bangladesh’s ready-made garment industry, was established by IndustriALL and UNI in 2013 following the Rana Plaza disaster that killed over 1,100 garment workers and injured more than 2,000. It was the first agreement with a legally-binding mandate requiring fashion brands to require their contractors to eliminate fire, structural, and electrical safety issues. It expired in 31 May 2018.

A second agreement with nearly 200 brand signatories, the 2018 Transition Accord, went into effect June 1 of this year. It extends the Accord’s protections until 31 May 2021, unless a joint monitoring committee (comprised of Accord brand signatories, Accord trade union signatories, the Bangladesh Garment Manufacturers and Exporters Association (BGMEA), the International Labour Organization (ILO), and the Government of Bangladesh) unanimously agrees that a set of rigorous conditions for a handover to a national regulatory body have been met prior to then.