Google Unions Announce Global Alliance: “Together, we will change Alphabet” 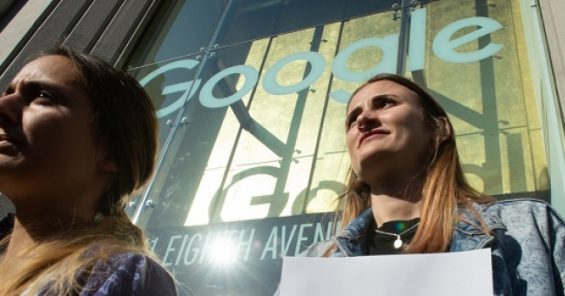 Alpha Global, named in recognition of Google’s parent company Alphabet, was formed in coordination with UNI Global Union, the global union federation that brings together 20 million workers from multiple sectors in the service economy including those in Information, Communications, and Technology, and Services (ICTS). The alliance includes unions from 10 countries, including Germany, Switzerland, Sweden, and the United Kingdom.

A joint statement announcing the alliance states that “[Google] is a place where many workers came to change the world—to make it more democratic—only to find Google suppressing speech and cracking down on worker organizing while consolidating monopolistic power.”

In order to make the company live it up to its stated ideals, the unions of Alpha Global are committed to:

“The problems at Alphabet—and created by Alphabet—are not limited to any one country, and must be addressed on a global level,” said Christy Hoffman, UNI’s General Secretary. “The movement launched by tech workers at Google and beyond is inspiring. They are using their collective muscle to not only transform their conditions of employment but also to address social issues caused by increasing concentration of corporate power.”

The unions say that international action is particularly important now, as the company has ramped up retaliation against critics, hired “union avoidance” firms, and pushed back against organizing efforts, like the one in Zurich, Switzerland.

CORRECTION TO PREVIOUS VERSION: In our announcement of the Alpha Global alliance, UNI mistakenly included CODE-CWA and the Alphabet Workers Union (AWU) as members of the Alpha Global Alliance and a quote from AWU Executive Chair Parul Koul, without receiving proper authorization from CWA, the Alphabet Workers Union’s elected Executive Council, or Ms. Koul. We take full responsibility and have addressed this situation to prevent it from happening again.