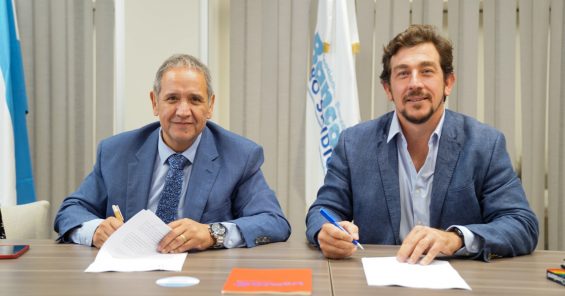 In Argentina, UNI affiliate La Bancaria reached a groundbreaking agreement with Openbank, a 100 % digital bank.  The agreement will recognize Openbank workers as bank employees and will now fall under the Collective Agreement of Banks 18/75. The agreement also focuses on providing ongoing training to promote the professional growth of employees at a fully digital company.

“This agreement reflects the commitment of both parties to the growth of banking activities, new ways of working in the digital world, and a joint concern for the professional development and improving the lives of its workers,” said Sergio Palazzo, General Secretary of La Bancaria, and President of UNI Americas Finance.

Guillermo Maffeo, Director of UNI Americas Finance, added: “The agreement between La Bancaria and a 100% digital bank such as Openbank, is another major step towards recognizing the status of bank employees who work in fintech companies, and has been the centerpiece of our efforts in the region.”

The agreement includes Openbank workers under the terms of the sectoral collective agreement applicable to all banks in Argentina. This agreement includes rights to time off for adoption, paternity leave, and for victims of gender and domestic violence. It also stipulates that an additional sum will be paid to workers for nursery expenses, as well as for the share of profits made by the banks of the Argentine Financial System, and extended vacation.

“It is a modern agreement aimed at having sustainable and stable employment. The agreement has an eye on the future and emphasises inclusion, gender diversity and respect for the environment”, he emphasized.

“We are enthusiastic that these agreements will ensure that all Fintech workers are included in collective bargaining agreements and have their rights respected as bank employees, ” he concluded.