Report: E-commerce in the Covid-19 World – A challenge for workers and unions 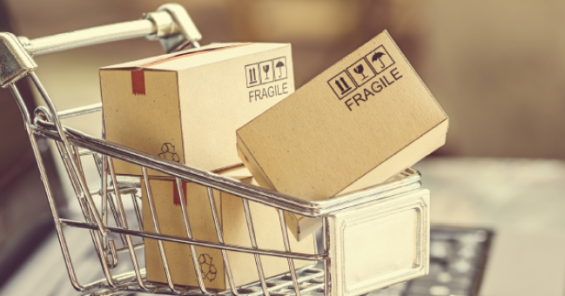 A new study commissioned by UNI Global Union into the impact of Covid-19 on e-commerce has revealed the winners and losers in online retail during the pandemic, as well as the consequences for workers and trade unions.

The study, which was carried out with support from the Friedrich-Ebert-Stiftung (FES) organization, looks at pure players, such as Amazon, that concentrate solely on online stores, as well as hybrid players, which are traditional retailers such as Carrefour or H&M with physical stores that have developed integrated or separate online selling channels.

Not surprisingly, Covid-19 has been a boon for online retail as the pandemic made people reluctant to mix and lockdowns forced millions to stay at home. The number and volume of sales have substantially increased along with revenues. Amazon’s international retail division became profitable for the first time ever and most of the largest pure players saw a jump of between 10-20 percentage points in the second quarter of 2020.

However, the impact was negative (-3.7 percentage points) for online retailer Rakuten, due to its strong reliance on travel and entertainment tickets sales – segments that have been severely affected by the crisis.

In most cases, pure players have outperformed the hybrid players, which do not have the infrastructure to meet the sudden increase in demand for online orders. Although many fast-fashion retailers had double or triple the number of online sales, it was not enough to compensate for the closure of stores during the pandemic.

Similarly, investments by large hypermarket chains in e-commerce have not been lucrative, as delivering goods requires a huge commitment in resources. The report found that most common line models for grocery retail are running on negative margins. Despite, this they continue to invest in online retail due to market pressure from investors and in case it one day becomes profitable. This paradox is illustrated in the UK by Ocado, the online supermarket with no supermarkets, which has yet to make a profit since it was founded in 2000 but has become the second most valued grocery retailer in Europe.

After Covid-19, retailers will want to be prepared for future crises and will likely increase investments in robotics and automation, says the report, particularly in warehouses and at checkouts. Inevitably, this will have a knock-on effect on workers’ jobs.

Increases in working from home have fuelled the use of cloud services, to the benefit of pure players such as Amazon and Alibaba which could channel this extra cash into capturing market share through predatory pricing, destroying competitors and building monopolies, warns the report.

While e-commerce, automation, digitalization and AI have the potential to increase growth to unprecedented levels, the question of distribution of this wealth is concerning. The digital dividends from pure players in e-commerce are almost exclusively collected by executives, shareholders and venture capital funds, while jobs in this sector are notoriously precarious, low paid and lacking social protection. In addition, anti-union policies by tech giants have made it difficult to organize these workers.

“This report shows why it is vital that we double down on efforts to organize workers in e-commerce and demand a fairer distribution of profits. If not, we risk having an e-commerce underclass that will see millions of workers struggling to make a decent living. As the sector grows, we need to fight for better quality jobs that pay a decent wage and provide social protection such as paid sick leave, which is a key factor in helping to prevent the spread of Covid-19.”

The UNI commissioned report was compiled by Syndex Romania. Read the report here.

Download the Executive Summary of the report in French, Spanish, Italian, German, Swedish and Turkish: