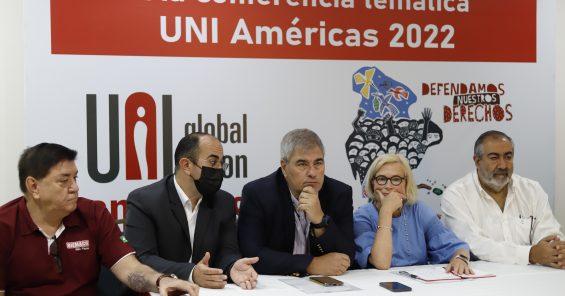 Marcio Monzane, Regional Secretary of UNI Americas, said: “In our region, there is no more room for democracies without respect for workers’ rights, precarious jobs, inequality and discrimination. With the recent rise of progressive governments, unions must have an active role, be heard and have greater space for participation in society.”

Hecto Dáer, President UNI Americas, said: “There are no robust democracies without powerful unions, which solidly assume the defence of workers’ rights. The trade union movement in our region has always been at the forefront of defending and strengthening democracy and peace, inspiring new rights to include different collectives.” 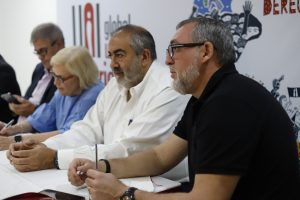 The Americas region—and the world generally—has entered a challenging time due to the pandemic’s impacts, crises in labour, rising inequality, and the effects of war on food prices and production. Workers have been profoundly affected by new technologies, platforms, labour law reforms, and telework, resulting in a increasing labour precariousness and the need to defend rights and establish new norms.

The political scenario in the Americas is in transition, with the rise of social movements and the return of progressive governments in Mexico, Chile, Argentina, Honduras, Peru, Bolivia, Colombia and possibly Brazil, while the fight against far-right movements and policies, many of whom can be described as fascist, is growing stronger.

Trade unions have been a major player in this transition, and workers have a historic opportunity to increase their power and influence.

At the roundtable to frame the conference, UNI Americas will address important achievements and future proposals in the following areas:

UNI Americas is based in Montevideo, Uruguay; it is the regional arm of the Swiss-based UNI Global Union, which represents 20 million workers worldwide in the finance, media and entertainment, sports, care, cleaning, security, commerce, casinos, postal, printing and packaging, and telecommunications sectors.