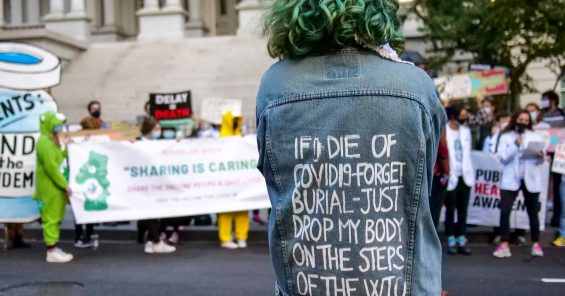 UNI Global Union is joining nearly 300 other public health, labour and other civil society groups to demand that governments break the stranglehold by big pharmaceutical corporations and the World Trade Organization (WTO) on access to necessary medicines and treatments.

The global call to action, also signed by Amnesty International, Oxfam and the ITUC, calls out the European Union, Switzerland, United Kingdom and United States for their roles in blocking the comprehensive TRIPS waiver agreement supported by governments around the world. This waiver would temporarily suspend certain intellectual property claims related to the manufacturing of Covid-19 vaccines, allowing greater global access.

The statement also calls on governments to circumvent and outright defy the WTO’s intellectual property rules and also to pledge not to initiate trade disputes against other countries for doing so. This demand would allow low-and-middle income countries to produce necessary medicines such as currently protected Covid-19 vaccines without sanction. Over 15 million people have died during the Covid pandemic.

The call comes as the WTO concludes its most significant decision-making meeting since the start of the Covid-19 — the 12th WTO ministerial conference — without agreeing to temporarily remove intellectual property rules that restrict the production and supply of Covid vaccines, diagnostics and therapeutics.

The WTO’s draconian IP rules have already contributed to prolonging the current pandemic and, if countries can’t get these rules out of the way, they will continue to contribute to massive public health, economic and social damage during future pandemics as well. And pandemics are not the only matters of concern. Billions of people lack access to lifesaving medicines that prevent, treat and cure illnesses because intellectual property regimes distort research priorities, create scarcity by artificially restricting supplies, and allow excessive pricing and inequitable distribution that affects the poor and people living in lower-income countries. Countries that don’t accept these rules are subjected to trade threats and repercussions, undermining their own sovereign processes and rules. This cannot continue.

UNI has been a long-time supporter of the TRIPS waiver and calls on its affiliated unions to press for action from their national governments.

“Prioritizing intellectual property protections over human lives is a craven abandonment of government’s duty to secure the common good,” said Christy Hoffman, General Secretary of UNI Global Union. “It risks the lives of billions in need of life-saving medicines and treatments while undermining the health and security of the entire planet. Governments must act now.”

Read the full statement linked below or here.