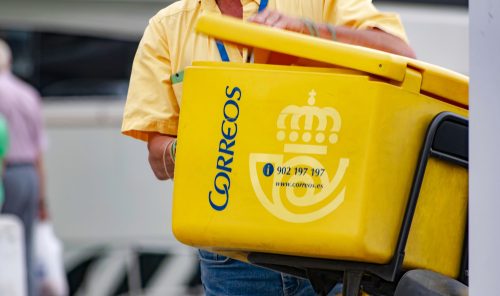 UNI Post & Logistics World Committee have unanimously supported a resolution in solidarity with postal workers in Spain who are fighting to save jobs and stop the dismantling of public postal operator, Correos.

For the past four years, the Spanish government has implemented changes that, instead of modernizing and diversifying the postal service, have led to a degradation in working conditions, an increase in precarious work and the loss of thousands of jobs – without any improvements in efficiency.

UNI Global Union affiliates FSC-CCOO and UGT-SP, which represent workers at Correos, have joined forces in condemning the government’s mishandling of the essential public service, which they say is on the brink of bankruptcy.

“We cannot accept this destruction of a public company, nor the destruction of an employment model that has always been fair and just – and a reference point in Spain for good jobs. There has been a blatant lack of social responsibility from the public authorities and the government, and that is why we request the solidarity global union movement.”

“The dismantling of the public postal service over the past four years is extremely serious and unacceptable. It demands a radical change in the postal policy of the Government of our country which is currently jeopardizing the right to a universal postal service for more than 50 million citizens in our country.”

UNI affiliates in the post and logistics sector endorsed the resolution at a global meeting of the World Committee at UNI headquarters in Nyon, Switzerland on 1 September. Read the resolutions below (Spanish and English)