Germany: At the Tipping Point for Human Rights and Sport 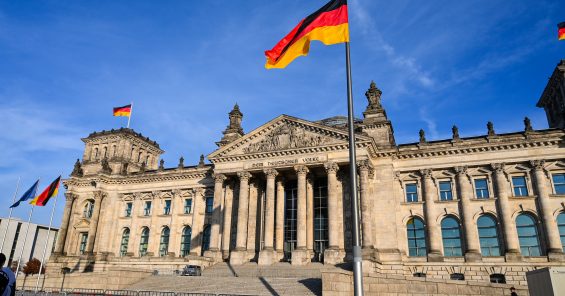 “Today’s hearing at the Bundestag represents an important opportunity to advance sport’s potential to be a catalyst for human development, unity and freedom within Germany and beyond,” said Andrea Florence, acting director of the Sport & Rights Alliance. “Global sports governing bodies continue to resist change in governance, culture, diversity, standards and practice — including the International Olympic Committee, which has continued to delay the adoption of a human rights strategy. Germany should use its diplomatic relations to advocate for human rights based policy, governance and structures also within the IOC.”

In its statement for the hearing, the Sport & Rights Alliance emphasized the need for any initiative on human rights in sport to be grounded in international standards, centered on the needs of affected people — including athletes, fans, journalists, women, children, LGBTIQ+ people, people with disabilities, workers and everyone impacted by the delivery of sport. The statement also called for the Committee to establish meaningful engagement with diverse stakeholders from the outset, to ensure civil society, trade unions, affected groups and their representatives are included in all decision-making processes.

“In addition to making UEFA EURO 2024 in Germany a global pilot project for sustainability and human rights at a mega-sporting event, the Government should also focus on including human rights criteria and requirements for public funding for sport,” said Sylvia Schenk, former Olympic athlete and sport expert for Transparency International Germany. “This is a critical move for ensuring Germany is doing its part to protect and promote human rights in the realm of sport.”

Civil society representatives recommended the Committee also focus on the development of ongoing human rights monitoring and data collection as well as systems for effective remedy to individuals who have had their rights violated. Highlighting Germany’s commitment to build a Safe Sport Centre (Zentrum für Safe Sport), the group called for sport specific, independent grievance mechanisms that are survivor-centred, trauma informed and well-resourced.

“A strong consensus has emerged from leading global institutions that the human rights of athletes must be protected in line with international human rights standards”, said Florian Yelin, head of policy and research at World Players Association, a core partner of the Sport & Rights Alliance and fellow submitter to the German sport and human rights hearing. “Implementation at national levels has however been far too slow. This is an opportunity for Germany to lead and set the example to protect athlete rights at a time of great crisis given widespread scandals of abuse and other forms of athlete exploitation.”

Human Rights Watch also emphasized the importance of Germany’s role at this tipping point for human rights, noting that sport governing bodies will not reform voluntarily without strong pressure from political and elected leaders who control the finances.

“Following the preventable human rights catastrophes of the Sochi Olympics, Russia’s World Cup, the Beijing Winter Olympics and the Qatar World Cup, Germany should step up and tie funding to transparency and adopting and implementing human rights policies,” said Wenzel Michalski, Germany director at Human Rights Watch. “If sport wants to be a force for good it will need leaders like those at the German Bundestag to take the initiative and use their political and financial influence to ensure the right policies and systems are put in place.”