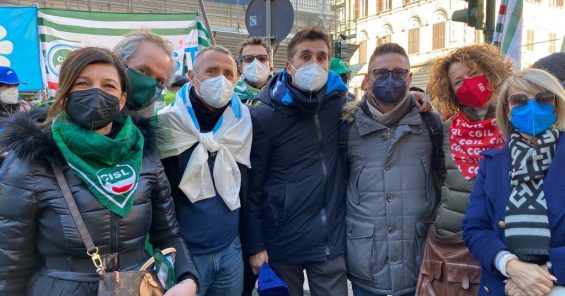 In a 15 February press statement, the leadership of the unions Fabi, First Cisl, Fisac CGil, Uilca and Unisin—all affiliated with UNI Global Union—said, “After five days of discussions in vain, the company has returned to the negotiating table with the same antagonistic attitude it has held since the beginning of this situation. . . Without a radical change of course, our negotiations will end without agreements, the disputes will continue, and the season of lawsuits will begin—not only at BNL but also at all the companies involved.”

In October 2021, BNL announced it would outsource 900 IT and back-office services workers. The unions flatly rejected this move because it would deny these employees coverage by the national sectoral collective bargaining agreement.

After earlier rounds of difficult, unproductive negotiations, BNL workers went on strike 27 December 2021 and 24 January 2022. The walkouts brought BNL back to the negotiation table in February, but negotiations broke down on the fifth day, with the company refusing to meet the unions’ demands.

In November 2021, UNI’s Finance sector wrote BNP Paribas management calling on them to move BNL into a genuine social dialogue with the unions.

“The people in these jobs perform essential services for BNL, and they deserve to have their fundamental rights—including the right to collective bargaining—respected,” said Christy Hoffman, UNI Global Union General Secretary. “The company should stop stalling, stop stonewalling and start seriously negotiating with the unions.”