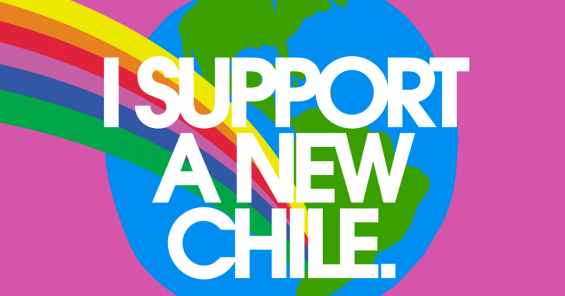 At a time when many democracies are backsliding, the Chilean people are on the verge of ratifying a constitution that sets a new standard for democratic revival.

Chileans will go to the polls Sunday, 4 September, to vote on replacing the country’s current, dictator-imposed legal framework with a document that advances the rights of women, workers, indigenous peoples and the planet.

It guarantees access to collective bargaining and other union rights as well as health, housing, education, decent pensions, non-sexist education, and the right to abortion, all grouped under the concept of a “social and democratic state” that recognizes itself as pluri-national, intercultural, and ecological.

Through the union group Unity for Dignified Work (UTD), UNI Global Union affiliates in Chile helped lead the effort for a constitutional overhaul. The unions pushed for the inclusion of a wide range of labour reforms including expanded collective bargaining, the right to strike, workers’ participation in company boards,  among other changes.

“This new constitution is an inspiration, and its ratification will be a turning point in the struggle for democratic renewal,” said Christy Hoffman, General Secretary of UNI Global Union. “It puts people over profits. It puts sustainability over ecological destruction.”

“Workers’ rights and a strong, independent trade union movement are fundamental to a strong democracy, and the new constitution enshrines workers’ ability to speak out and organize,” says Marcio Monzane, Regional Secretary of UNI Americas. “That is why we are calling for the global union movement to celebrate this document and progress it makes.”

Now UTD is organizing for the ratification of these rights in the face of disinformation and threats. Here is why Chilean labour leaders are calling for support of the new constitution:

Macarena Ortega, Director of Conatracops and President of the call centre union at Plus Consulting, says, “With the new constitution workers will have equitable, fair and sufficient pay to support our families. Women will not suffer wage discrimination, and we will be able to establish a balance of family and work life.”

Ricardo Calderón, President of the Federation of Copper Supervisors (FESUC), said, “Chile deserves decent work. For this reason, the workers approve of this, because the new constitution has new and better rights, such as decent work, the prohibition of arbitrary dismissal and job insecurity.”

The President of the National Federation of Unions of Service Workers, Toilets, Gardens, Ornaments and Sanitary Landfills (Fenasinaj), Armando Soto, says, “The new constitution establishes the right to decent, non-precarious work. This includes the right to fair working conditions, to health and safety at work, to rest, to enjoy free time, to digital disconnection.”

Viviana Catalán, leader of the National Confederation of Graphic Workers, “With the new constitution, collective bargaining is expanded, which will allow us to negotiate greater labour benefits. We will also be able to go on effective strike, if we do not reach an agreement with our employers.”