Unions helping Ukrainian refugees fight for their rights in Poland 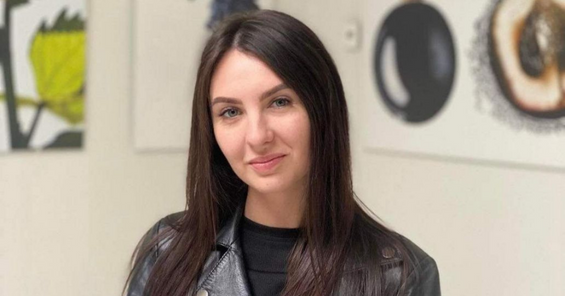 Yana was tired and scared, but she also wanted justice.

The Odessa native is one of the more than two million Ukrainians who fled to Poland soon after Russian bombs started dropping in her home country. Since 15 March, she has been settled in Kraków, where she found work in a restaurant and where she reached out to Unions Help Refugees (UHR), a programme run by UNI’s organizing centre COZZ, for assistance.

Yana, a legal assistant before the war, contacted UHR because her employer stopped paying her and her co-workers.

“We received several complaints about this restaurant, and the workers’ situation is dire. They haven’t received payment in months, and many of them have families and small children to support,” said Rafal Tomasiak, COZZ’s director.

“As a trade unionist, it is upsetting when any worker is cheated and has their rights violated, but it is particularly troubling when employers are taking advantage of such a vulnerable population,” Tomasiak continued. “That precarity scares many Ukrainian workers into silence, but Yana is courageous. She is organizing in her restaurant and used her legal background to write a complaint to the National Labour Inspectorate.”

With Yana, the UHR team has reached a dozen workers – mostly refugees – at the restaurant who have not been paid.  But organizers believe the number or workers cheated out of their wages to be over 20. UHR has also helped several of them file complaints like Yana’s to claim unpaid wages and is ensuring that the employees are registered with social security and tax authorities.

While the complaints are moving through the Polish legal system, UHR has arranged for the workers to meet with a local culinary union to learn more about how to protect their rights, and Yana has become an advocate in the Ukrainian refugee committee, to warn others about the situation she is in.

“Through the support UHR has given Yana and other workers, we hope that they get justice through the legal system, and also that they know their rights and are empowered to fight on their own,” said Tomasiak. “This issue of the exploitation of Ukrainian workers in Poland is much bigger than just the situation with refugees. Workers that have been here for years are also getting cheated and having their rights trampled.”

Since UHR was established in March, it has had many interactions with hundreds of workers like Yana.

They have helped Tetiana, a cleaner in Gdynia, and Victoria, a hotel worker in Wrocław, make claims for unpaid wages. Nina, a warehouse worker, and Natalia, who worked at swimming pool, file for workers’ compensation after they were both seriously injured on the job.  They have helped Natalia, who worked in an upholstery workshop, get unjustly deducted living expenses back.

“While we know many of the Ukrainian refugees are only here for a short time, this problem is a permanent problem. We want to make sure that migrant workers coming to Poland know their rights and are not exploited because they are in tough situations,” said COZZ’s Tomasiak. “We want to make sure that workers like Yana are supported in organizing their colleagues and standing up for what they’ve earned.”