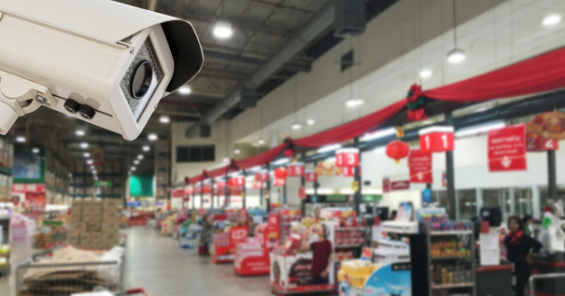 UNI Global Union’s affiliate Handels, representing commerce workers in Sweden, has released a groundbreaking survey which analyses the impact that ever-increasing workplace surveillance has on workers.

UNI is calling for surveillance and its impacts to be covered in collective bargaining agreements to ensure that workers have decency and dignity on the job. Throughout the pandemic, workers in all sectors have been subjected to an increase in surveillance, but for commerce workers in particular, the figures are staggering.

According to the survey, between 94 and 97 per cent of retail and wholesale workers say they are monitored at work, with the most prevalent forms of monitoring being punch clock or surveillance cameras.

“We cannot have a working life where the employees can’t even use the restroom without it being registered by the manager,” said Linda Palmetzhofer, President of Handels.

“Because even if a measure is legal, you have to ask yourself if it is appropriate. Surveillance technology can be a positive security measure – if unions and workers are fully involved and consulted in the process.”

Despite the fact that in Sweden, the employer must clearly inform what type of monitoring and collection of personal data occurs in the workplace, over 50 per cent of respondents felt their employers had failed to do so. The employer must also provide information about the purpose of monitoring and how it will be used, but 85 per cent of respondents felt they did not know why they were being monitored.

“This ground-breaking survey by Handels not only shows how widespread and intense surveillance is in the commerce sector, but also highlights the fact that commerce workers aren’t properly informed about the surveillance—often against legal regulations,” said Mathias Bolton, Head of UNI’s Commerce sector.

“As the research shows, collective bargaining can play a key role to ensure transparency and respect for workers’ rights and privacy.”

As workers all over the world come to terms with the seemingly ubiquitous nature of company monitoring, unions are fighting to ensure that workers’ rights to privacy remain respected.