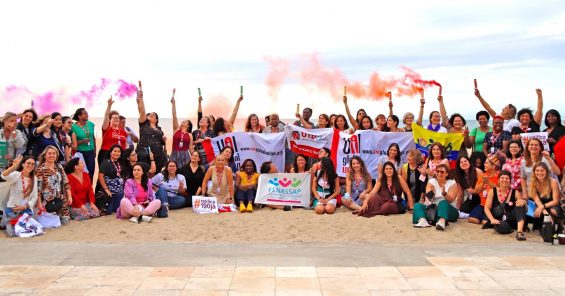 After the Supreme Court in the United States overturned the constitutional right to abortion access in that country, UNI Americas Women’s Committee issued a statement decrying the decision as an attack on women’s rights, freedom of choice and a troubling turning back of the clocks.

“We will not accept this step back into the past – we will fight back and support freedom of choice. This decision will affect working people particularly hard, because the right to abortion is being taken away from poor women,” said UNI General Secretary Christy Hoffman.  “I’m worried about young women, like my daughter. How can she have less rights than I had? This decision does not represent the majority, and we are going to keep fighting.”

“The decision overturns decades of women’s gains in access to sexual and reproductive services and reinforces an already alarming trend around the world where governments legislate and limit women’s rights,” read the statement.

Banning abortions can result in unsafe procedures that are accompanied by physical and mental complications, as well as social and economic burdens for women, affecting communities and health care systems. This decision will deepen systemic inequality and make it harder to build strong democracies.

On behalf of millions of women service sector workers, the Women’s Committee opposed any measure that undermines women’s human rights and emphasized that these attacks are part of a pattern of extreme right-wing rhetoric that exploits women to advance their political agendas.

Before the anticipated ruling, UNI’s World Women’s Committee issued a declaration on the right of self-determination and freedom of choice of the women in the United States, warning that overturning the right to abortion would reinforce an already alarming tendency across the world where other governments deem it necessary to legislate and limit women’s rights, such as the case of Poland, which banned abortion in 2021, and Slovenia, which reduced access.