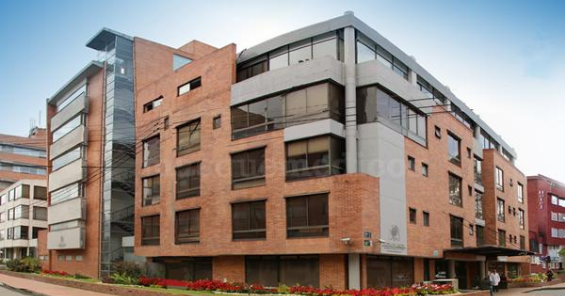 Martha Yaneth Herrera Hernandez, a care worker in Colombia, was fired shortly after forming a union with her coworkers at a Fresenius-owned Quirónsalud clinic in the capital Bogotá.

After over three decades as a nurse and almost fourteen years at Clínica la Mujer, Martha Yaneth Herrera Hernández, Head Nurse at the clinic has been fired shortly after joining a union with her coworkers. UNI Global Union is joining the call for the immediate reinstatement for Martha and for Quirónsalud to respect the right to join a union.

Despite her essential service throughout the global health crisis, Martha was dismissed on 28 January 2022 after founding the Regional Board of SINTRASASS in Bogotá along with her coworkers.

In a statement, UNI affiliate SINTRASASS said, “she was fired for union activity — there can be no other explanation.”

To compound matters, Martha was sacked only three months before obtaining her pre-pension social security, which protects workers from dismissal when they are less than three years from retirement.

“I’ve worked flat-out in the emergency department during a global pandemic, working overtime whenever requested and making myself available for the clinic at all times,” said Hernandez. “I’ve always been there for them, but as soon as we started organizing, I was fired. The fact that the clinic decided to fire me three months before obtaining my pre-pension social security just rubs salt in the wound.”

“Their anti-union attitude is not unique to Clínica de la Mujer, but to all Quirónsalud Group’s facilities,” continued Hernandez.

According to the SINTRASASS statement, Quirónsalud has been sanctioned by the Ministry of Labour for violations of the right to freedom of association at both its Clínica Las Vegas & Clínica Medellín facilities.

“The company continues its anti-union actions because it knows the impact this will have on workers. Firing an employee of irreproachable personal and professional conduct – and a key union leader for the collective bargaining process the union is preparing for – is a big blow to the union,” the statement said.

The pandemic has hit healthcare workers in Colombia hard physically, psychologically, and emotionally. The union has been playing a crucial role in protecting and improving conditions for all workers.

“We are not organizing against the company, we are organizing to improve our life at work, to have dignity and protection on the job. Not only for nurses, but to improve the working conditions in the entire sector, and we have the right to join a union,” concluded Martha.