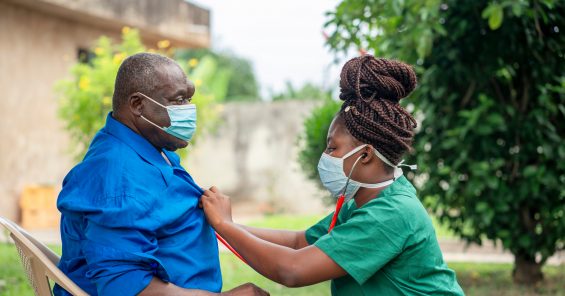 Women in the health and care sector face a larger gender pay gap than other economic sectors, earning on average of 24 per cent less than their male peers, according to a new joint report by the World Health Organization and International Labour Organization.

The study is the world’s most comprehensive analysis on gender pay inequities in health and care, in which women account for 67 per cent of workers globally.  In long-term care, women represent an even greater proportion of workers – at around 90 per cent.

Much of the wage gap is unexplained, perhaps due to discrimination towards women says the report. Wages in the health and care sector tend to be lower overall compared to other economic sectors, consistent with the finding that wages are often lower in economic sectors dominated by women.

The gender pay gap in the health and care sector: a global analysis in the time of COVID-19 finds that, even with the COVID-19 pandemic and the crucial role played by health and care workers, there were only marginal improvements in pay equality between 2019 and 2020.

“The most effective way to reduce the gender pay gap in the care sector is through unions and collective bargaining. By including strong clauses on equal pay when negotiating contracts with employers, we can start to level up wages for women on a collective rather than individual basis. That’s why UNI is organizing care workers in 16 countries like Brazil, Czechia, Colombia, India, Nepal and Poland.”