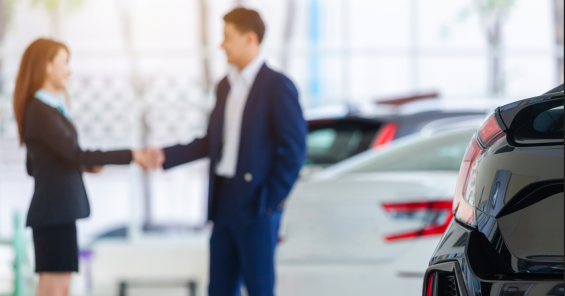 As the global car industry heads full speed to producing electric vehicles, the impact is being felt as much by workers in the showroom as those involved in manufacturing. How best to defend sales workers in the face of this seismic shift was at the heart of discussions as UNI Global Union’s commerce sector held its second Car Dealers Network meeting on 31 May.

UNI-commissioned research presented at the meeting showed that there are both advantages and disadvantages for workers as a new type of sales model emerges and one in three new vehicles are expected to be semi or fully electric by 2028.

This digitalization of the industry, together with the impacts of the COVID-19 pandemic and the war in Ukraine, have created an environment that is not easy for workers in the industry, said Brother Yasutoshi Namiki, General Secretary of the Confederation of Japan Automobile Workers’ Union (JAW), which represents over 100,000 workers in the car dealing industry. “Car dealers can protect workers’ employment and livelihoods by standing in solidarity with each other,” he said.

The distinction between car manufacturers and car dealers is set to blur as producers including Volkswagen, Audi, Mercedes, BMW and Toyota have introduced a direct/agency sales model in many countries, in a cost-saving strategy that will significantly lower dealer margin.

In this new model, dealers are not independent entrepreneurs who manage stocks and set the prices in negotiation with customers but direct agents of the manufacturers who are paid a commission per vehicle sold without a control over prices that are fixed by the manufacturers.

In addition, more and more cars are being sold online – and even before the pandemic Tesla announced that it would shift to 100 per cent online sales, followed by Volvo which plans to have a pure online sales model by 2030.

This represents a major change in how car dealers do their job through transition from physical, face-to-face interaction with customers to online, virtual engagement with them through phone and video calls.

Italian affiliates FILCAMS/CGIL, FISASCAT/CSIL and UILTUCS are pushing for “Green Sustainability to be Anchored to Social Responsibility” so that workers in the car dealing industry have a strong voice and are able to negotiate the terms and conditions of the transition including reskilling, upskilling, deployment, and reformulation of job descriptions through their unions. Governments also have a role to play to make sure that workers will not be left behind in this process.

As well as the challenges, there are also opportunities for car dealers to provide increased maintenance services for electric vehicles, which require expensive technology to fix that is out of reach to small repair shops. Furthermore, it could be easier for unions to organize sales workers who are employed directly by car manufacturers rather than many thousands of private dealerships.

Saving jobs will be a priority and unions can make a real difference in securing employment, as shown at Proton in Malaysia and by JAW in Japan.

“The transition of the car industry should not leave workers behind, and financial gains should be fairly shared with the workers. With this network, we can learn from each other and move forward together through organizing and collective bargaining.”