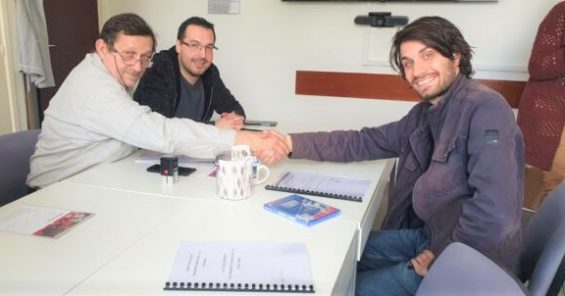 The Croatian union Novi Sindikat and studio Gamechuck signed this week the first collective agreement in the history of the video games industry in Croatia, with reductions in working hours, more days off and a 10 percent profit share for Gamechuck workers.

”The video games industry is growing rapidly in the Republic of Croatia, and concurrently, so do the opportunities for the exploitation of workers, especially when it comes to the infamous ‘crunch time.’ Fortunately, crunch is absent in Gamechuck, but that does not mean it cannot and will not happen. The collective agreement protects Gamechuck’s workers against such situations. I believe that this is a big step for workers’ rights in the video games industry in the Republic of Croatia,” said Igor Gajic, union commissioner in Gamechuck.

The collective agreement prescribes a shortened working week of up to 33 hours and 45 minutes, a paid 45-minute daily break, 24 days of annual leave, a systematic review and payment into the third pension pillar.

The secretary of the Novi Sindikat, Tomislav Kiš, pointed out that the agreement was the result of mutual desire to regulate labour relations.

“We have opened some positive practices such as ‘profit sharing’ – the possibility of distributing 10 percent of the net profit back to workers. This year it will amount to 1000 kuna. That may be small, but it motivates workers to make the company more profitable next year,” Kish said.

The video games industry in Croatia is booming, and so are the opportunities for the exploitation of workers, warned union commissioner in Gamechuck Igor Gajić.

“The video games industry is a juggernaut that unions must rein in Croatia and elsewhere,” said Ben Parton, Head of the ICTS sector of UNI Global Union. “With this agreement at Gamechuck Novi Sindikat is showing the way to others who want to organize this growing sector.”

The collective agreement between Gamechuck and Novi Sindikat guarantees: