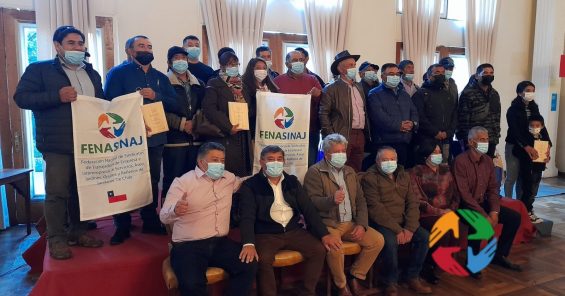 “We are asking for recognition of our right to dignified work and that is why we are organizing.” Household waste collectors in Chile are demanding the dignity of their work with important legislative advances that seek to improve their current working conditions, and they assure that they will not give up until this recognition becomes law.

Decent and dignified employment is currently mobilizing Chile’s “garbage workers”, the term commonly used for household waste collectors in the country, who have had an intense legislative agenda that includes the enactment of two regulatory bodies this year 2022 and a bill, still being processed, all legal initiatives that seek to dignify their work and improve health and safety conditions in one of the most unprotected sectors in the world of work today.

The norms resulted from negotiations that have been dragging on for several years between the sector’s workers and the Government, and are based on overcoming the labor precariousness they have been living for almost two decades, when the Chilean State transferred the services related to household waste to private individuals, which brought with it a prejudice in all areas of working life, in what its leaders describe as: “one of the most neglected sectors and least protected by labor legislation”, as Miguel Ramírez, secretary of Fenasinaj, points out. For this reason, the union organizations gathered and led by the National Federation of Unions of Workers of Companies and Inter-companies of Services, Cleaning, Gardens, Ornaments and Sanitary Landfills of Chile, FENASINAJ, which gathers approximately 35 thousand “garbage workers” has promoted a set of legal initiatives, rising as protagonists of the union activity in the country.

“We have worked several years on these bills to protect workers in the collection sector. It is a great victory because they not only regulate the sector’s working framework, but also working conditions and everything related to occupational health and safety,” says Armando Soto, president of FENASINAJ.

The union struggle of the waste collectors over the last 15 years has to do with raising awareness of the deterioration in their daily work, which their leaders explain as a result of having changed their legal status from municipal workers to employees of private companies, the main consequence of which was to go from regulated contracts and health protection to working days without rest, lack of space for personal hygiene, canteens and a set of basic deficiencies which they still do not have.

In March 2022, household waste collectors achieved recognition of their profession through Law No. 21,429, which declares July 29 as the National Day of the Household Waste Collector. However, there were still pending issues such as the establishment of minimum conditions of employment, especially in the use of safety elements for work and health, a particularly sensitive issue in the context of the current pandemic of COVID-19 and the functions they perform.

The workers’ next step was to seek support from parliamentarians to commit the State to the path of labor improvement. Thus, the workers, united around Fenasinaj, once again demonstrated their organizational capacity and managed to bring new bills to the discussion in Congress, which aimed at the main goal, the dignity of employment, as comrade Soto points out: “We ask that they recognize our right to dignified work and that is why we organized ourselves”.

Thus, in April of this year 2022, after intense debates in the Chilean Congress, Law No. 21,445 was enacted, which recognizes the garbage collector as a formally protected and regulated profession, thus improving the conditions in hiring and ultimately seeking to ensure the payments and conditions of workers in the sector, through clear and regulated rules in the bids and conditions of the extraction service.

The second legal initiative in process is the Bill Bulletin No. 13094-13 that modifies the Labor Code to improve working conditions, requiring employers and concessionaires, a set of work elements and improvement of infrastructure consists of a single article that mandates that the employer or concessionaire of the household garbage collection service “must have bathrooms and showers and facilities for the consumption of food. In addition, the employer shall provide at least gloves, masks and suitable footwear, as well as all the necessary elements to avoid diseases caused by contact with the workers”.

This legal initiative is still being processed and is expected to become law as soon as possible, demonstrating the strength of the national unionism of the garbage collectors who have been able to carry out their functions from total irregularity to the dignity of the profession.

Likewise, the Federation continues to grow as a union and continues to organize more workers in the sector throughout the length and breadth of the country. Last April, FENASINAJ affiliated the Servitrans Inter-company Union in the city of Osorno. Marvin Largaespada, regional director of UNI Americas Property Services, said: “The work being done by the Federation is a great example for everyone. The great work that has been done to improve the working conditions of the sector is, without a doubt, a key element in the improvement of the working conditions of the sector”.