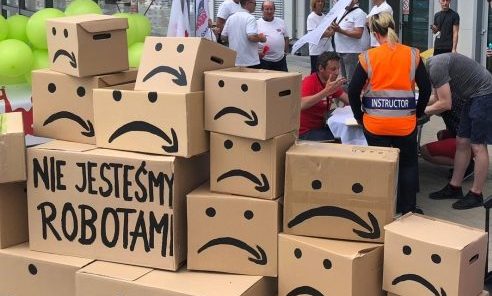 Amazon’s performance monitoring system makes its workers feel “stressed, pressured, anxious, like a slave, robot and untrusted,” according to a new, international study of Amazon employees in major markets for UNI Global Union—the first ever of its kind. Over half of Amazon workers surveyed say Amazon’s monitoring systems have had a negative impact on their health (51%) and their mental health (57%).

“Amazon cannot look the other way when workers all over the world are saying that going to work is making them feel sick and anxious,” said Christy Hoffman, General Secretary of UNI Global Union. “This corporation has the data and resources to make their workplaces safer, they are just choosing to ignore workers who want a voice to make their jobs better and proven solutions like union health and safety committees.”

Studying the responses in their entirety, a clear picture emerges across countries and roles. The majority of workers surveyed expressed their belief that Amazon’s monitoring of their work performance is excessive and opaque, that its expectations are unrealistic, and that striving to meet these unrealistic expectations has negative effects on their physical health and, even more acutely, their mental health.

Despite its use of cutting-edge technologies and state-of-the-art facilities, research has shown that injury rates at Amazon’s warehouses are significantly higher than industry averages. The results of the survey shed light on this apparent contradiction. Worker testimony indicates that it is often precisely this cutting-edge technology that pushes workers to work harder and faster, at the expense of both their physical and mental health.

Several workers who suffer from conditions such as irritable-bowel syndrome (IBS), which require them to spend more time in the restroom, reported conflicts with the company’s infamous time-off-task (ToT) policies, and a lack of accommodation from the company.

The mental cost of working at Amazon, which we have seen clearly expressed by workers in both numbers and words, can be explained in part by what appears to be a notable absence of positive reinforcement from management, particularly in the warehouse. Workers describe a management culture lacking in basic empathy – one that reflects the unforgiving and fundamentally non-human algorithm that constitutes its foundation.

Monitoring devices allow Amazon to quantify worker productivity, and thus to set measurable targets – commonly called “rates” in the warehouse context. The results of the survey indicate a widespread sentiment among workers that Amazon’s targets are unreasonable. Statistically speaking, 54.2% of Amazon workers surveyed said that Amazon’s productivity targets are either difficult or very difficult to achieve.

UNI previously detailed the extent of Amazon’s intrusive and all-encompassing surveillance systems in its report, The Amazon Panopticon. 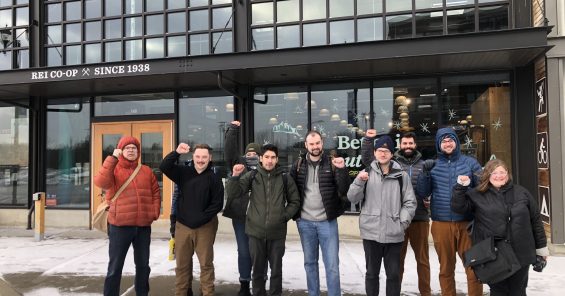 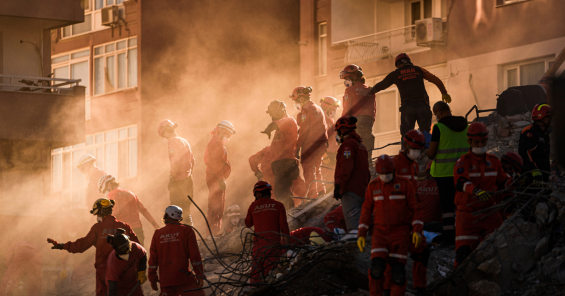