Sweden: Anxiety, stress and harassment fuelled by the pandemic 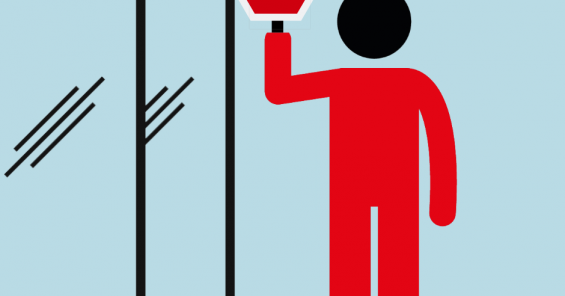 According to the Statistics Sweden and the Swedish Work Environment Authority*, violence and harassment (especially in the form of sexual harassment) were alarmingly prevalent in the commerce sector even before the pandemic.

· For example, while 28% of women workers in retail experienced sexual harassment by a third party in the previous 12 months, the overall rate for all women workers in the labour market was 4%.

· Similarly, 10% of women in retail reported that they had been sexually harassed by their bosses or colleagues in the previous 12 months, whereas it was 3% for all sectors.

· The survey conducted by Handels Union of Sweden showed the gender-based impacts of harassment. While 49% of women in retail feel anxiety because of the risk of harassment, the rate is 30% for men in retail.

· Then the pandemic came in and made retail workers job and life even more complicated. A

recent survey conducted by Handels** revealed that commerce workers experienced considerable anxiety due to the risk of being infected with Covid-19. The underlying reasons were strongly related with customer’s behaviour as “customers who do not keep distance” (83%) and “customers’ ignorant attitudes” (81%) came top of the list of reasons why workers felt strong anxiety.

Voices from the frontline: “We were insulted by customers we were trying to protect”

The following quotes from workers who participated in Handel’s survey show that workers were harassed by customers they were trying to help and protect.

· “The stress for me has come mostly from the fact that we as workers, who have no authority, must protect customers by making sure they follow restrictions. This has led to a large increase in situations where we are exposed to threats, aggression, insults and so on. It is a great stress to know that a negative response is likely to come when you are obliged to say something in order to protect others.”

· “The mental part of working in a store has become more difficult, we have a great responsibility towards the customers which means that we must constantly remind them to keep their distance, not create congestion and so on … often you are treated unpleasantly.” * https://handels.se/globalassets/centralt/media/pressrum/rapporter/2019/ensam-pa-jobbet.pdf ** https://handels.se/globalassets/centralt/media/pressrum/rapporter/2021/butiksanstalldas-halsa-under-covid-19-pandemin.pdf