UNI Global Union concerned over merger of Microsoft and Activision Blizzard, as video game workers are set to meet in Berlin 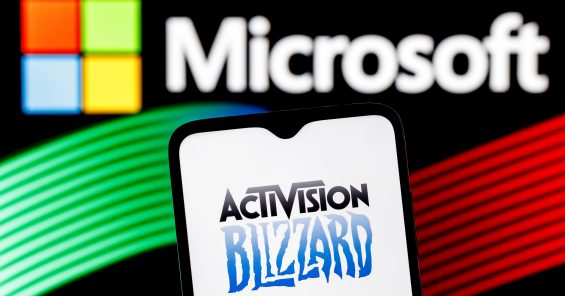 Video game workers and union representatives from 20 countries will meet in Berlin later this month to discuss international efforts to organize and strengthen worker power in the growing digital entertainment sector, as opposition to the merger between Microsoft and Activision Blizzard intensifies.

“Video games workers are coming to Berlin to deliver a strong message to the titans of the sector: it’s time to fight for our rights—we are going union,” said Christy Hoffman, General Secretary of UNI Global Union. “Mergers such as the much-anticipated Microsoft-Activision Blizzard tie up could have a negative impact for thousands of workers in a sector where there is an increasing interest in forming unions and improving often appalling working conditions.”

UNI is also concerned that the potential merger could strengthen Microsoft’s ecosystem and consolidate the industry–leaving fewer employment alternatives and weakening workers’ collective power. For instance, the acquisition would give Microsoft the incentive and ability to leverage the Activision games to strengthen its own market position regarding gaming consoles (Xboxes), distribution channels (Microsoft Store) and other Microsoft services (for example, Windows), respectively. Since the company is a major hardware producer, platform provider and distributer, the potential merger unquestionably will provide the ability to foreclose any of the relevant markets, for example by displaying own titles more prominently within its distribution channels (e.g., the Microsoft Store).

An increase in market concentration could also increase the risk that employers align their conduct to keep wages and benefits low or require restrictive contractual conditions from workers (such as non-compete obligations, no-poach agreements, or excessive non-disclosure agreements, which all reduce worker mobility). In a concentrated market, workers will have severely restricted opportunities without the protections of a collective bargaining agreement. Game development is a specialized field where workers cannot easily switch to other technical roles. This will undermine workers’ rights, make unionizing harder, suppress wages and innovation, thus harming consumers.

These restrictions will come at a time when game worker organizing is rapidly expanding.

Quality assurance testers at Raven studios (a subsidiary of Activision Blizzard) just won a vote to form their union: the Game Workers Alliance (CWA.) The historic win marks the second video game union in the U.S. The first was Vodeo Workers United (CWA).

A drive to unionize at Activision Blizzard was largely launched because of the poor working conditions and “frat boy” culture. Secretary-treasurer of CWA, Sara Steffens said at the time, “They have repetitive stress injuries, eye strain, other occupational health issues. And then there has been a lot of sexual harassment and discrimination at this employer as well.”

In this troubling context, gaining worker power is vital in a sector that according to experts is the largest and most expansive entertainment industry. “To put that ubiquity into context, the global box office saw takings of around $21.4 billion last year,” one trade publication noted. “Gaming, on the other hand, was worth $173 billion in 2021, and $223 billion this year, per GlobalData.”

In Berlin, workers and union representatives will discuss their options to protect workers during this merger.