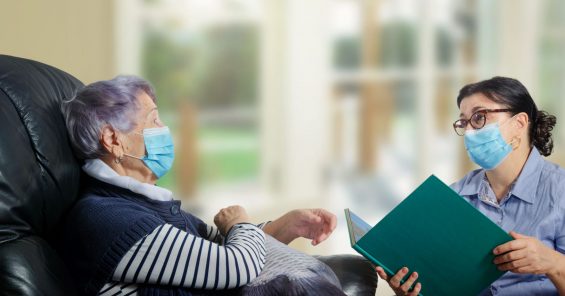 The global agreement between the multinational long-term care provider ORPEA and UNI is opening doors for workers to form, organize and defend unions in the care economy—a vital sector in urgent need of reform. From Chile to Switzerland, unions are moving forward with using this valuable tool to build worker power and grow collective bargaining in the long-term care sector.

“Hearing from workers and union leaders in Poland, Colombia, Czechia, Brazil and beyond, I am even more convinced that this agreement will help workers make their jobs better for everybody,” said Christy Hoffman, General Secretary of UNI Global Union. “Legally binding global agreements like this one are necessary tools to protect workers in countries where labour laws are weak or weakly enforced. We are proud of the work UNI and our care affiliates have put into this securing this strong and enforceable agreement.”

Hoffman continues, “Global agreements help us enforce social dialogue on a global level. The problems at ORPEA are not just isolated in one country, and as a global union federation, we must address them on a global level.”

The agreement comes out of years of struggle. In 2017, UNI and member unions began organizing at the company after ORPEA’s rapid expansion in Central Eastern Europe and Latin America. Seeing the common problems among workers at multinational care companies, UNI Global Union’s affiliates voted toward achieving global agreements with large, international care companies, including ORPEA.

The story of Anna Bacia, a Polish ORPEA worker and union leader at OPZZ-KP, shows why this goal is so important. She says, “I was fired for organizing a union. Thanks to UNI Care’s campaign and support I was reinstated two years later. My co-workers and I know first-hand the difference a union makes to the residents we care for. I am happy that ORPEA is committing itself to work with unions as partners. No one else should have to go through what I had to.”

In February 2022, before negotiations started with ORPEA, UNI affiliated unions representing workers at the company met to create a strategy to expand union rights ORPEA—including a global agreement. After arriving at a draft global agreement with the company, it was approved by the top-level elected leadership of UNI Care’s sector. This ratification was followed by a meeting on the agreement where all of the sector’s steering group members and all UNI Care unions in ORPEA were invited. UNI reached out directly to several ORPEA affiliates who were not in attendance for consultation.

Throughout its work in the private care sector, including with ORPEA, UNI has reached out fellow global union federation to Public Services International and its European body, EPSU, several times. However, these efforts were rebuffed, and UNI respected the request to not engage with PSI and EPSU’s French care affiliates.

Hoffman says: “It is disappointing, and honestly troubling, that the democratic process surrounding this agreement is being publicly misrepresented. ORPEA workers do not need an internecine fight over turf. They need union representation; they need collective bargaining agreements; they need living wages; and they need a say over staffing levels. This global agreement secures the workers’ rights in countries like in Latin America to demand these things. That is what this agreement is about. It is about transforming ORPEA and building power in the long-term care sector.”

Read more about unions’ response to the agreement here: “AN ESSENTIAL TOOL” TO “TRANSFORM THIS INDUSTRY:” CARE UNIONS ARE READY TO USE LANDMARK GLOBAL AGREEMENT WITH ORPEA.